Critical bonus: A fighter adds their level to crit/fumble rolls.

LotFP does a great job of making the fighter special and also making the fighter the best at fighting.
So why does nobody pick a fighter in my games?
No idea, but after I added Cleave they started getting picked more so that was a relief. 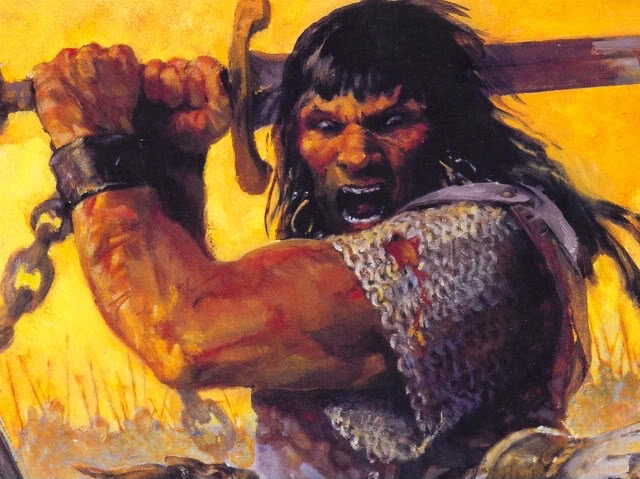 So I make people confirm crits and fumbles to do cooler things than just max damage or guaranteed miss.
If you roll a nat 20 you roll on the crit table, if you get a nat 1 you roll on the fumble table.
Not any more! See next post for new crit tables.
Fighters get a bonus, which means they get better crits and less awful fumbles. Cool.

Cleave is because I like the thing where fighters get multiple attacks against low level enemies, and I hope that one day a fighter will butcher a ton of dudes in one swing.
Plus lucky die rolls letting you murder your way through a horde of enemies to one-shot the leader sounds equally excellent.

The morale bonus is because I wanted to play up the difference between the fighter (master of arms due to his battlefield experience in an army) and the barbarian (which I will detail soon but is an angry indestructible ball of rage and magic-hatred from a far off land).
Fighters demanding respect due to their experience or arrogance or whatever is fine by me, and means fighters are naturally charismatic leaders which fits with my mental image of the class.
Posted by James Young at 15:30