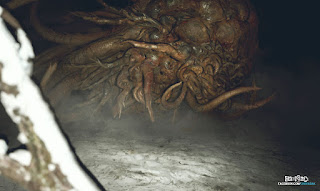 One day soon it will crack the world open and begin the next stage of its life cycle. It will destroy us forever without knowing that it did so.
Indeed, it has not the capacity to care.
Posted by James Young at 10:56 No comments: