Christ, since I moved to England I've posted fuck all. I guess that's fair enough though.

To kick this all off again, Brendan of Necropraxis fame has a contest on where you can win cool shit by making something gameable based on NIN's The Becoming.
Hell yea, I love me some nine inch nails. The downward spiral is one of my favourite albums,especially to listen to straight through for hopefully obvious reasons.
And so -

Potion, curse or spell, somehow this thing is delivered to a PC.

Initially there is a constant whirring sound. Like the background hum of an air conditioner, it is not unpleasant and quickly fades into the background but you can hear it if you concentrate on it. Others can hear it if they listen at your temples.
The true effects don't reveal themselves until the character is badly damaged. If you use a death and dismemberment table, perfect! Ideally it's a broken bone or similar, something not easily fixed and generally debilitating yet internal.

The next morning it's healed completely. Internally the break has been replaced with metal and supported with wires. This is difficult to discover unless the arm is somehow inspected or scanned.

As the PC is damaged further, more of the internal muscles and organs are replaced with symbiotic synthetic counterparts. The regeneration speeds up. Outsides come back too. If an arm is severed it reconstitutes during the next few hours with a strange sheen, like if you took the green ending in Mass Effect.
Large scale regeneration such as limb replacement or recovery from death is associated with absence. The character simply escapes at some opportune moment and is unable to be found until he reappears whole.

Anybody who rolls reeaally well on some sort of tracking roll might be able to find the affected individual in some cavern nook or long forgotten glade, face slack-jawed and eyes rolled back, gently pulsing metal filaments extruded from affected flesh and plugged into a variety of small paralyzed creatures fair and foul.
They do not remember these episodes. 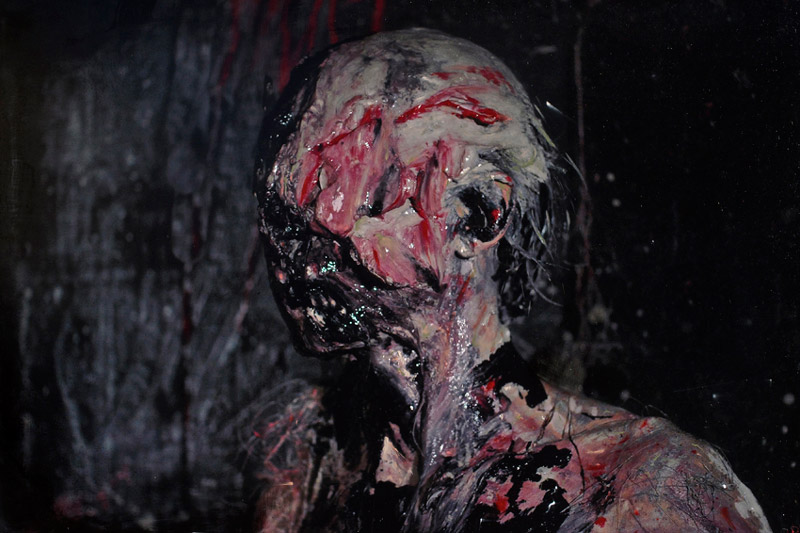 Soon all pain disappears. What this means for you is that you no longer tell the PC how much damage he's taken, simply that he's been hit. This should also mean that the PC takes brutal damage more often and that his flesh and bone are replaced more quickly.

The transformations continue. They become emotionally detached, more literal in their speech. Their gaze goes glassy and holds unwavering eye contact. Model this how you will. Probably with charisma penalties and NPCs acting strange towards them as the circuitry takes over.

Unconsciousness and sleep is filled with strange episodes. Those waking at the wrong time might find the PC's face scant inches from theirs neither breathing nor moving. Things are moved around the room in the morning, sometimes ordered in strange ways. Local livestock is drained of blood with no sign of culprit. A key NPC disappears and is never found - any plot threads associated with them are lost. The PC is heard sobbing, swiftly cut off when it realises they've been heard.

The episodes take over waking life during times of hardship.
Its tasks are a priority.
It is powerful and coldly clinical.
Enemy creatures are consumed no save.
Metal tendrils extrude from the skin.
The strong are tended so that they will protect.
Liabilities are abandoned or consumed.
The tendrils whisker over every surface.
The real one inside has a few final moments of lucidity.
The me that you know crawls towards you all metal and wires.
Only my eyes show that I'm scared and alone.
The last vestige of humanity slips away.
It comes for you.
Poison is ineffectual. Death merely delays.
It won't give up. It wants you dead.
And there's this noise inside your head. 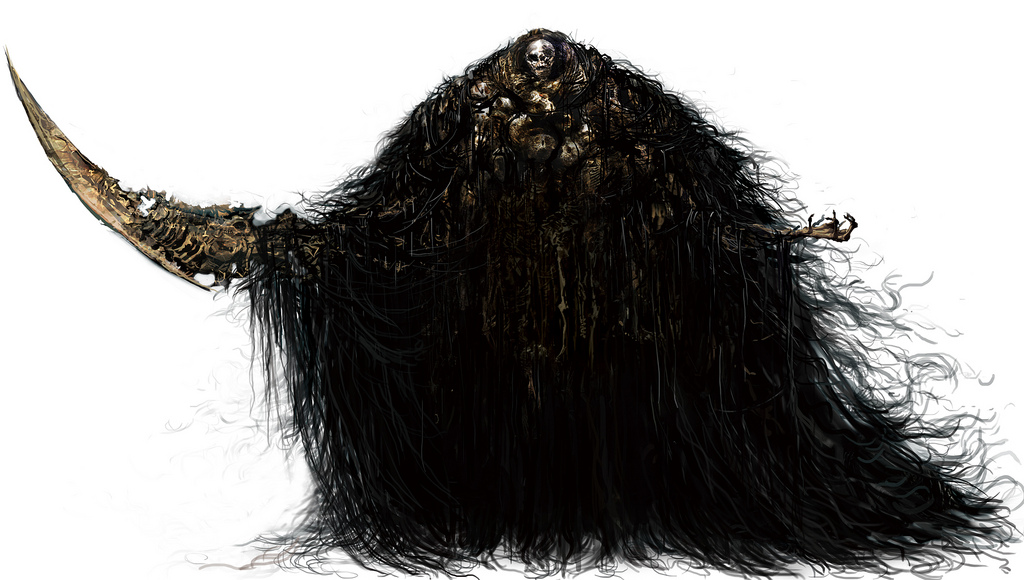