Party Upgrades in a Deadly Campaign

Update: For an audio version of this article, go to Blogs on Tape!


I run a game where character death happens.

This has a bunch of good effects on gameplay, but that's not the point of this post.

What I've been noticing is that the power of the party as a whole is constantly increasing, even as the individual characters die and are replaced with fresh first level folks.

Magic items are the most obvious example.
The party stumbles across a magic item of some sort, whoever wants and/or needs it most claims it, and when they die it gets passed on to somebody else or their successor.

Possibly a TPK would break this chain, but in half a decade of running D&D I've still never presided over a TPK!
This campaign's been going for two and a half years now and STILL no TPKs. Maybe I am too nice, or maybe they are too clever to keep fighting when their friend's head gets eaten off. Who can say?
Edit - it happened

Also in this category - cash. I well remember the struggle to save up for plate armour in the early game. It still happens to players because Carousing and such keeps taking their money, but nowadays the armour question is less "can I afford this?" and more "how much can I carry?" which is slightly more interesting.

Due to carousing, cash also acts as one of several Save Point-ish mechanics.
If you die you can burn all your previous character's cash on buying back their exp and/or burn it on Carousing and its ilk.
If the party's cashed up, they can potentially pool money to bring a new character to party parity, which keeps the whole group powerful. 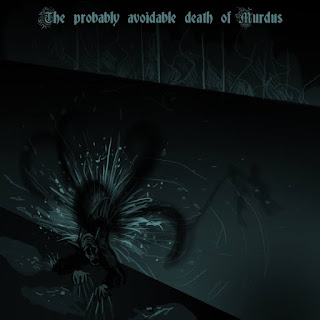 This is stuff that's only possible because the party has influenced the campaign world in some way.
The point is that the party has gained contacts and reputation as they go through places.
If they head back to Fortress City Fate, they've got their friend Slim Jimmy there who'll fence their goods. If they head to the mountains, they've got a bunch of gypsies who they rescued travelling around the area who can tell them what's going on.
This even happens in dungeons. If the group has previously helped/intimidated/befriended a faction of dungeon dwellers, that attitude is passed onto the group as a whole.
This also, in my campaign, includes investments. While these are mostly businesses that persist for the player (ie. persist across characters), they're also a great way for the party to gain as a whole.
A contact for one person is a contact for all people. 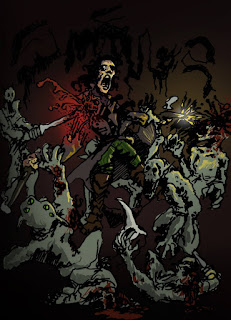 This is the Big One, but also the least obvious.
It's about each individual player's experience with the game, and how that adds to the whole.
Player Knowledge is fascinating to watch in play.
The Party-as-Unit enter an unfamiliar place and, by chance, one of the oldest running players remembers this. Sure, it was a previous character. Sure, it was a long time ago in real time. Sure, they don't remember the details. But the memory persists. And that memory belongs to the Party.

The Party as an aggregate becomes stronger than each individual character, but importantly it becomes stronger than each individual player.
Knowledge is passed on from one player to another, and even when that player leaves their knowledge remains.
I get a fair amount of player churn here in London. People are forced to leave due to work or deportation or simply because the group's grown uncomfortably big and they feel forced out. Each generation of players becomes better than the last because there's a sort of fast-motion intergenerational knowledge transfer going on. New people take on that knowledge because it literally makes their character survive longer.

This includes both rules knowledge and in-fiction knowledge, and the intersection between the two becomes one of those interesting intersections between the player and their character.
"The kobolds set up lots of traps" and "The kobolds only have 1HD" are both useful bits of player knowledge that help you survive.
"Poison is bullshit overpowered". "Axes are good against unarmoured". "Goblins are vegetables". "Lulu's got a honey business up north". Is it out-of-character or in-character knowledge? Mostly both.
Everything adds to the ability of the party as an aggregate.

This is also why I'm unconcerned about metagaming (look at how angry this dude gets).
Any advantage based on player knowledge is a fair advantage, and on the outside "fuck, a ghoul! Scary looking!" and "fuck, a ghoul! Three attacks per round and paralyzing touch!" result in very similar actions.
I don't like separation between player and character, I like it to be a big soupy pool of not being entirely sure where the player and and the character begins.

There's a weird edge case here with my Rune Magic thing. I specifically invented it to be a Player Knowledge gimmick, and so we usually get a single person per player "generation" who takes it upon themselves to be the Rune Guy.
What's beautiful about this is that we've had a few Rune Guys in the span of the campaign, and they've always been the go-to guy for inscribing runes on shields and weapons and stuff.

And one day, life gets in the way. And they can't play for a while. And the crafted rune objects remain, but the knowledge of how to create them gets lost.
Which means the players have Party Stuff without the Player Knowledge to make more of them and it's fucking awesome. Especially when they tell new players there used to be this guy who could create fire with his fists and suck the air from your lungs and all sorts of crazy shit, and look, here's this infinite light source he left us with,

Now the current crop of players have tuned into this and began strategies to mitigate the loss of knowledge.
There's more than one Rune Guy now, and they've created little spell booklet things to ensure the knowledge gets passed on even if they're not at the session. It's neato.