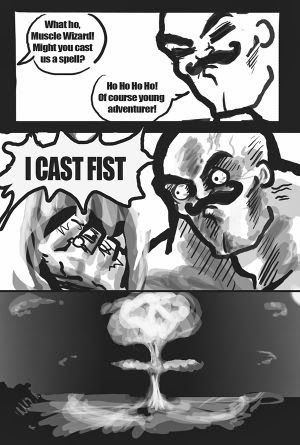 We nearly lost the original macho man, but by god's grace the internet archive saved Monstrous Television from the bowels of nothingness.
Thank fuck for that let me tell you.
Dan at Basic Red made his own one to tide us over until Monster Johnson gets back from whatever plane he's disappeared off to (and linked to my familiar thing too now I look at it, so chuffed), so here's mine.

I have too much grim darkness in my setting. Humans fear magic. Dwarfs are loveless and alone. Elves are fey and fucking scary.
Themes are fine, but if you're a PC in a world of horror and pain and want to be feel way awesome despite it, you have few options.
I needed to create something that rose beyond the grim darkness of the far generic medieval.
Something incredible.
Something beyond reality.
Something.... muscular.

The Muscle Wizard.
Behold the final personification of gonzo.

Key goals:
- Like wizards except both better and worse
- None of that exp bonus for stats shit
- Can cast Fist
- Give them nothing, but punch from them.... everything!

- In my thing, regular wizards have chaos seeping into their heads and brains and souls. The only way to get the chaos out of your head is to throw it out into reality as a spell.
-  Clever no? (no)
- Instead of letting chaos into their head, the muscle wizard let's the chaos into THEIR BODY.
- Wizards control chaos by contorting their thinking in weird ways, muscle wizards control chaos by CONTORTING THEIR BODIES.
- Muscle wizards are the ultimate opposition to grimdarkness, punching their way to glory.

Base class: HD, saves and exp track of the Magic User.
Punch-casting: Muscle wizards cast all spells instantly and thus can never have their spells interrupted. All spells have a maximum range of 10’ which is extra distance they run/jump/flash-step and punch, although they are never adversely affected by their area effect spells.
Muscle magic:  A muscle wizard’s fist does d4 damage. Their fists get a bonus to hit and damage based on the highest level of spell they have prepared. They can use this bonus on other muscle-based activities like running, arm wrestling and kicking down doors.
They gain +1 HP for each level of spell they have prepared.
They lose these bonuses as they cast the spells.
If they hit 0HP as a result of spellcasting they fall unconscious from the overexertion.
Still a wizard: Muscle wizards cannot double up on spells and may flip reversible spells upon casting. They spend the same amount of time on research and transcription as a normal wizard.

Punch-casting means that Muscle Wizards, above all other casters, never have to wind up their spells. This means, of course, that they can get up close and personal with the bad guys with their manly fists of fury. The extra distance is because I like the idea of a muscle wizard flash-stepping behind someone, letting off a quippy one liner, and unleashing their spell, or jump-punching a flying enemy who is otherwise too far away to reach.
Anything that doesn't make sense as a punch-cast spell (eg. Charm Person, Identify) has to be refluffed to involve fists somehow. This is up to the player and it doesn't matter if it's silly, that's the point.

Muscle magic is the core of the class, obviously. The d4 damage for fists is to encourage punching and they can, of course, be dual wielded.
The core tradeoff in playing the Muscle Wizard is between using spells and being good in combat. As you lose spells you lose manliness, surely the worst thing a Muscle Wizard can contemplate. This is in contrast to Magic-Users (lose cantrips as you lose spells) and Elves (lose passive Elf features as you lose spells) which puts all the MU-spell-list-using casters in a nice thematic loop.

Still a wizard is just to keep things simple, and the changes have the same reasoning as the Magic User's. 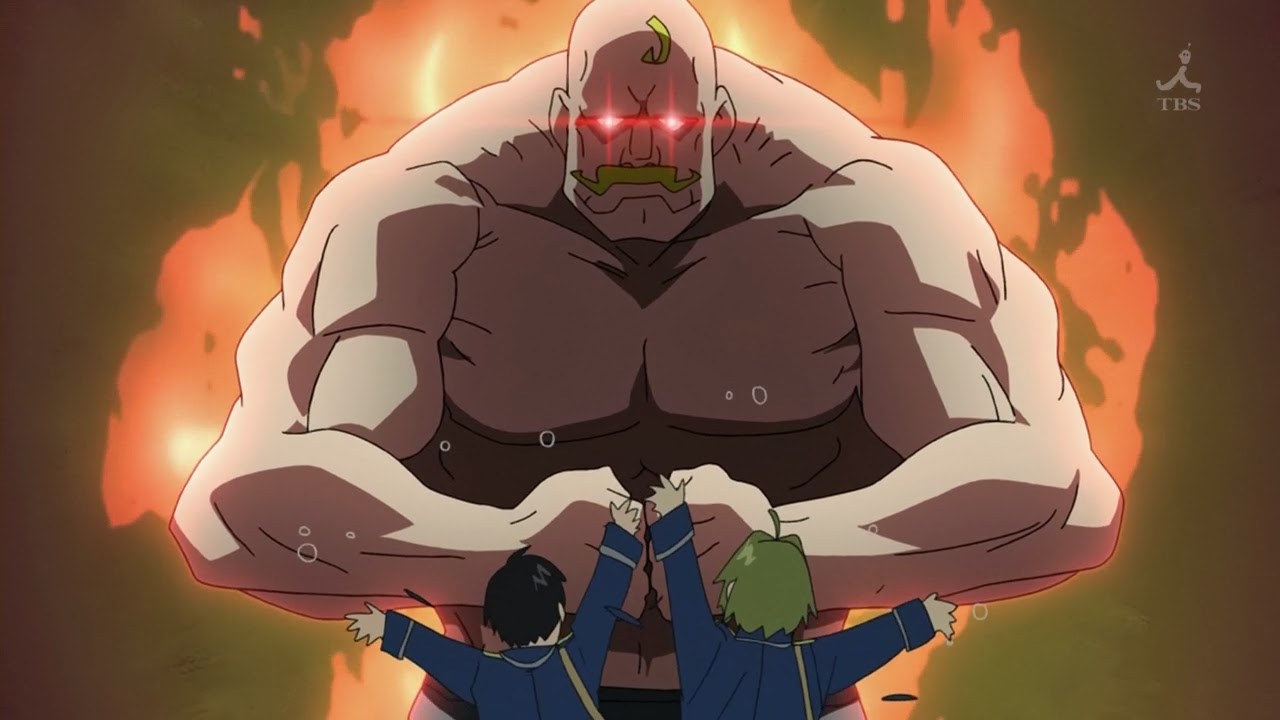