Update: Erika Muse/Arivia over at The Ice Queen's Throne has this improved version for Labyrinth Lord. Changes some of the more niche house rules, and removes a questionable reference to the Romani.

I've been working on this off and on for the past couple of months.
The Backstory table is here.

The basic idea is that every time you level up, you roll 1d100 on the Backstory table.
Each has a hopefully-inspirational fragment of backstory and two potential outcomes.
So if you roll a 1, the DM tells you "You got into a confrontation with a bully who was way tougher than you. Did you fight or flee?"

Now the trick here is that the other players at the table decide what your character must have done, based on how your character's been acting in the game thus far. Debate is allowed and encouraged, as is swapping examples of supporting evidence, in this case probably times you stood and fought versus times you turned and ran.

The others come to an agreement or vote or whatever, then you make up a story of what actually happened. Who was the bully? Why did you do what you did?
The story can be as detailed or as sparse as you want, no pressure. Most of my players tied it into their failed career in some way.

Finally you get told what your new ability is! Each outcome of each backstory has its own associated power. In this example, "fight" nets you a +1 to hit vs enemies who have more HD than you, and "flee" grants you a +1 to fleeing rolls.
Score! Now your character is hopefully encouraged to live up to their new backstory.

This was all, as with damn near everything I ever make these days, chiefly inspired by Arnold K.
Specifically, his lifepath character generation thing.
It's a fairly involved process but at the end of it you have a character who's fleshed out in a way that Bob the Level 1 Fighter isn't.

Trouble is, I love quick char gen with an embarrassingly fiery passion. It's quick to get to the actual playing-the-game part of the game, I can get new players playing quickly, and I don't have to feel too guilty if a PC dies. It's the best.

But another thing is that I already have some light character history at char gen via the failed career table. After their character's finished I ask the question that goes like "So you're a Necromancer who used to be a Bellringer. How'd that happen?" and have actually always received a good answer. The implication's meant to be that before that point they were a boring nobody, at which point they went off to become a Player Character and their life gets Interesting and their character's actual in-game experiences become their backstory.

Which is great and all, but making up the story about How Your Character Got Here is actually really fun! So this retroactive backstory is meant to be a sort of best-of-both-worlds approach. You get quick char gen, but as your character levels up you get to flesh out more backstory.
This also has the neat effect of making your character's personal story grow backwards as well as forwards, and means you sort of learn more about them as you play them. Plus from the DM's side of the table, you can tie current campaign events into backstory you just found out about.﻿

As for the special abilities, many of them are based around my house rules, so you might need to change some of the specifics for your own thing.
Generally they either give you a little stat or skill bump, grant you some sort of conditional bonus, or give you a gimmick you can use once per session. Nothing's meant to be particularly powerful on its own, but some of the once-per-session ones are a bit wacky.
Something that came up in the comments when I posted this was what I meant by "+1 HD" under some of the benefits. It's just intended to be a bonus HD-worth of health until the end of the session, not a full extra level. So a Magic-User gets 1d4 more maximum HP and a Fighter gets 1d8, for example. Not that you have to do the same, of course! 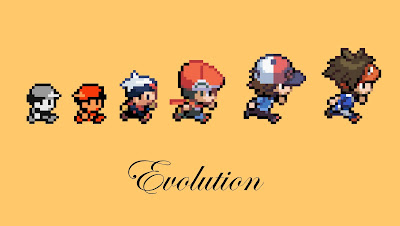 Since I've instigated this thing mid-campaign, each player's been getting a new backstory a week until they catch up with their current level.
This means, unlike most things I post, it's actually been tested extensively as a gimmick. And it's been great!

Currently we've got a Necromancer who attempted to kill the tyrant who ran her village in a convenient bellringing accident, but tragically dropped the bell on her own family instead.
We've got a Cleric whose backstory is basically all centred on his prior "career" as a flagellant, particularly one crazy night at an all-night flagellant rave that got shut down by the local guard.
We've got a Muscle Wizard who was once a member of the Men of the Rooves, a group of shinglers who were part thief and part Robin Hood-style local resistance.
And many more!

So anyway, if you do try it out I'd love to hear how it went.
I'm still fiddling with the table, so if you notice anything bullshit in the abilities or come up with something better for anything definitely let me know!
Posted by James Young at 09:38 5 comments: