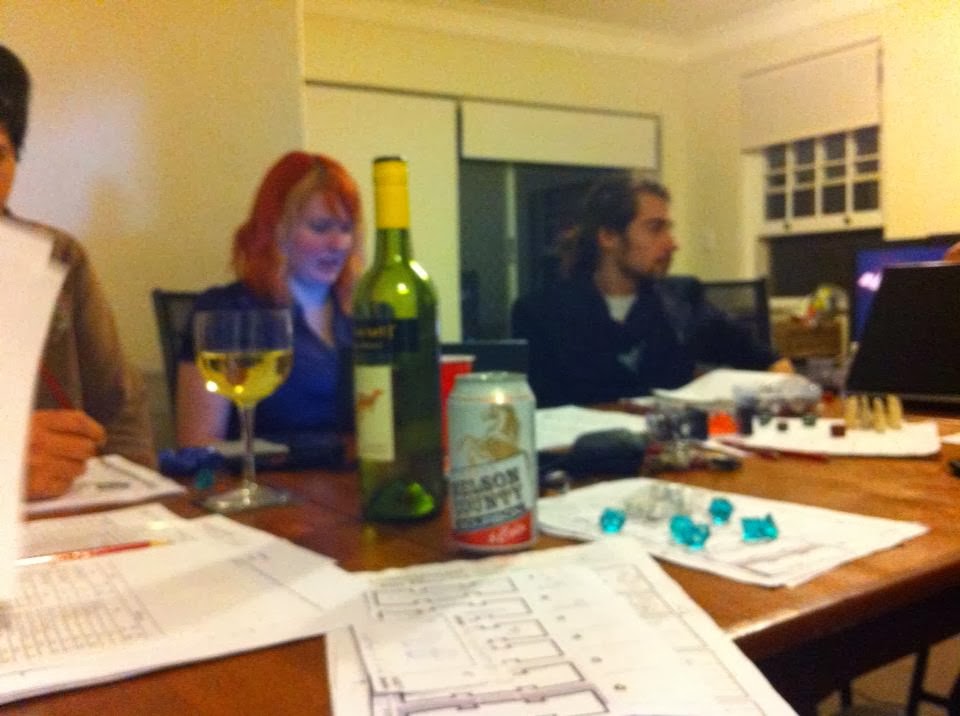 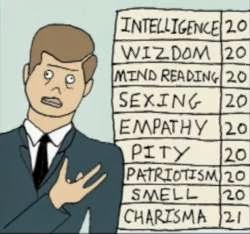 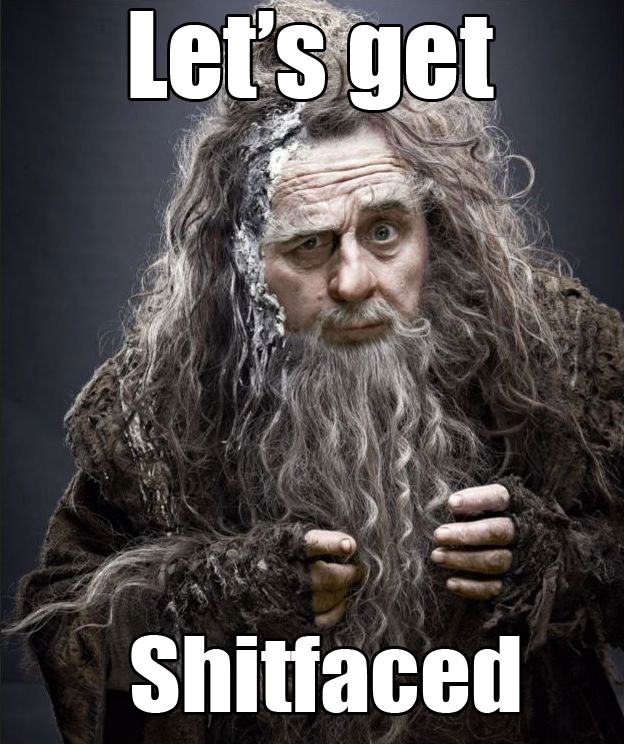 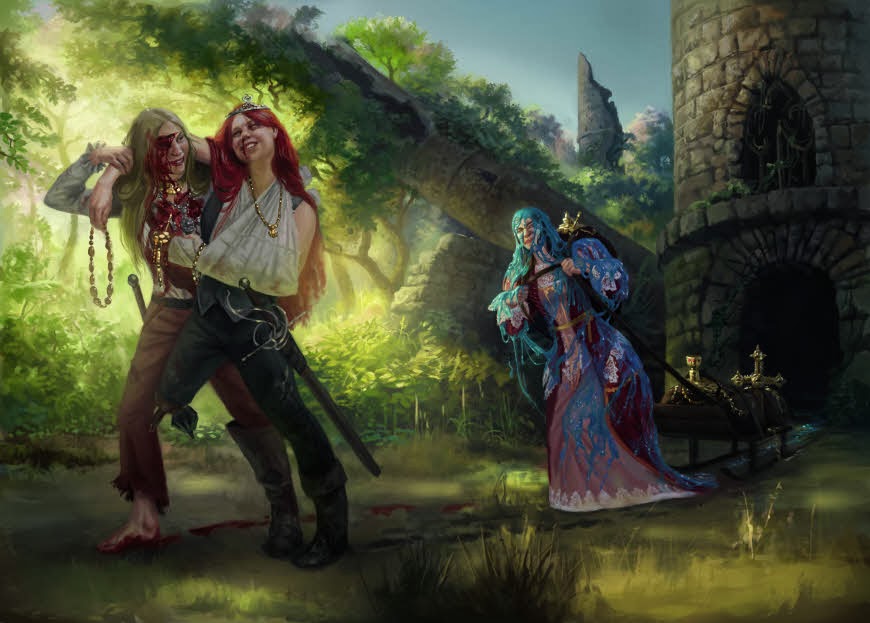 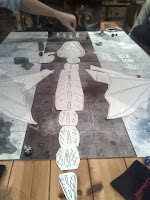 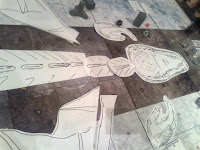 Each session finely crafted in the fires of WAR and BATTLE and METAL to be the ULTIMATE BALLS OUT HEAVY METAL ENTERTAINMENT.

Please note that this post contains continued caps lock hyperbole. I invented this "system" when I'd only ever run 4th ed before and only ever read OSR blogs during that time.
This discord created this.

PRIME PRINTABLES and a SCENARIO FOR YOUR USE

Inspired heavily by metal album covers, Metalocalypse, Requiem Chevalier Vampire, Korgoth of Barbaria, and anything else EXTREME BRUTAL GRIMDARK SPIKES AND FIRE AND BLOOD AND STEEL TO THE POINT OF SILLINESS, Heavy Metal Bards is the story of a BAND riding towards a THING and brutalising EVERYTHING IN THEIR PATH.
Your players will GORGE THEMSELVES upon a CATHARTIC STORM OF BRUTAL MADNESS.

When I needed to get into a proper Heavy Metal Bards mood for the second coming, I listened to this the entire time.

Key Facts
- There are four band members, vocals, lead, drums and bass. You can choose the band name if you come up with it in the next 20 seconds.
- You are on a THING (demon truck/longship/etc) on a PLACE (postapocalyptic highway/stormy oceans/etc) heading towards a THING (volcano/enemy fleet/etc) and you are going to FUCK UP EVERYTHING IN YOUR WAY.
- You have Gloves of Black Metal, they can turn into anything as complex as an instrument or less. It's like you have a T-1000 on your hands that can turn into guitars and shit but also swords and chains.

Main things the players should know
- You can do two actions a turn. Moving is one action. Attacking is one action. Playing your instrument is one action. Anything else is one action. I called actions "Things" when I was running it but whatever. Everyone gets a go then the monsters do.
- Transforming your gloves is a free action.
- Go in any order because initiative is for nu metal dipshits.
- If you wanna do anything you have to roll under the closest stat on a d20.
- Hit stuff at range or dodge shit with FLOW. This is Dex.
- Do close up smashing damage with FORCE. This is Str.
- Straight up resist damage with BEAT. This is Con.
- Heal yourself or others with BASS. This is the heal stat.
- Everyone has 3HP, you can take three hits before you're totally fucked. BUT you only ever lose one HP at a time no matter how brutal the hit is. This is because you are brütal.
Rocking out together
- If you use an action to play your instrument roll under your RELEVANT STAT.
- If successful everyone in the band gets +2 to whatever you rock at.
- The Lead Guitar can swap to Drums if they want but they are going to suck at it and I wouldn't recommend it.
- This doesn't stop you from using your gloves to make a weapon or whatever, you can rock out on your guitar, turn it into a sword and stab some shit in the same turn. This is because you morphed it into a sword with a guitar on it or some shit and you're playing it even while you're hacking some demon bitch's tits off.

Thrash out a solo
- If nobody else is playing their shit then you can start thrashing/wailing/grooving/smashing out a sweet solo.
- Everyone gets +2 to everything including the thing you rock at. This is not as good as everyone playing at once but it's damn close.
- There's a limit to how long you can stretch out a solo and how often you can start a new one. See the convenient Extended Solo and Solo Recharge cards above!
- The solo level (Sweet to Face Melting) is to see just how great your solo is. A face melting solo will literally melt the faces of your enemies.

Things for the DM

- Other things have no HP, they are damaged/killed based on how tough they are and what the players do to them.
eg. "I RIP THE WINGS OFF THE HARPY" - The harpy is still alive but it is fucking mutilated.
or "I TURN MY GUITAR INTO A CLAYMORE AND STAB IT THROUGH THE FACE" - The harpy is impaled and also dead. Don't tell the players this, they're meant to be ripping shit not considering how to exploit rules.
- Similarly, monsters don't roll for attacks. Players resist taking damage through dodging (FLOW) or tanking it (BEAT) or whatever they think of. Just say "The harpy is screaming down from the sky WHAT DO" and make them roll something.
- Don't stop the ride for any reason, roll with everything that sounds awesome, keep the pace up, and don't be afraid to mutilate your props for effect!

I'll post my materials tomorrow so that you can hopefully replicate my successes, with handy dandy paper minis whose template I stole from Telecanter and sloppily rebranded because I hadn't ever planned on posting them online or doing a DnD blog at the time!