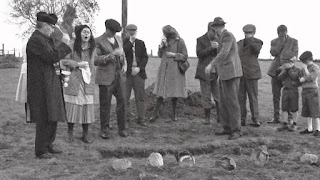 It acts as a way to let long-running players start their next character at a higher level.
In my game, you can put money in the bank. This is for safe keeping and a wild 2% p.a. interest rate, but mainly because you can pass the money (less a 10% death tax) on to your successor.
This means a new character can swagger in, burn all his money on buying up his long lost twin brother's exp, and be back on his feet minus a huge chunk of his inherited fortune.
And getting rid of that fortune is, perhaps, the real point.
Posted by James Young at 00:44