Meet Harry Flash, Son of Getting Fucked Over

One time explorer of I CAN'T REMEMBER IT WAS SO LONG AGO I'M SORRY's island of potential doom. Explored tomb, helped release mummy and stood back while it was taken care of. Was paid many a small fortune for his share of mysterious gold slab which he has still not spent. Claimed glowing staff and egyptian spellbook containing many first level spells.

Explored Patrick's Mystical Land of Horrible Version of Liverpool. Fought many hipsters, thugs, general baddies, Neil Gaiman. Took on secret identity as Magic Reporter for local Otherpool rag. Claimed armfuls of "wands" (actually guns) and a camera with which to screw with other people's FLAILSNAILS games. Consistently failed to fire man-portable MAGIC psychic 40k shuriken cannon despite high wisdom. Was thrown out of reality like a really arty panel from We3 by a goth chick's psychic attack, landed next to her, brained her with MAGIC cannon because it never fucking worked when I needed it too. Extended impotence metaphor. Got heart-fucked by more fucked up eldar weaponry. Almost bled to death on ground until in a stroke of great fortune was warped to Arnold's game. Fate uncertain.

Currently Harry Flash is leveling up whilst sleeping in abandoned house in a town where everyone is turning into ghouls contained within a pocket dimension accessed via a trash chute past a ravening wendigo-train roaring around train-tracked corridors within a gloopy living hospital which is crawling towards a fucked up post-apocalyptic Pittsburgh whilst he is potentially bleeding to death in another dimension.

Such is life for a FLAILSNAILS character. 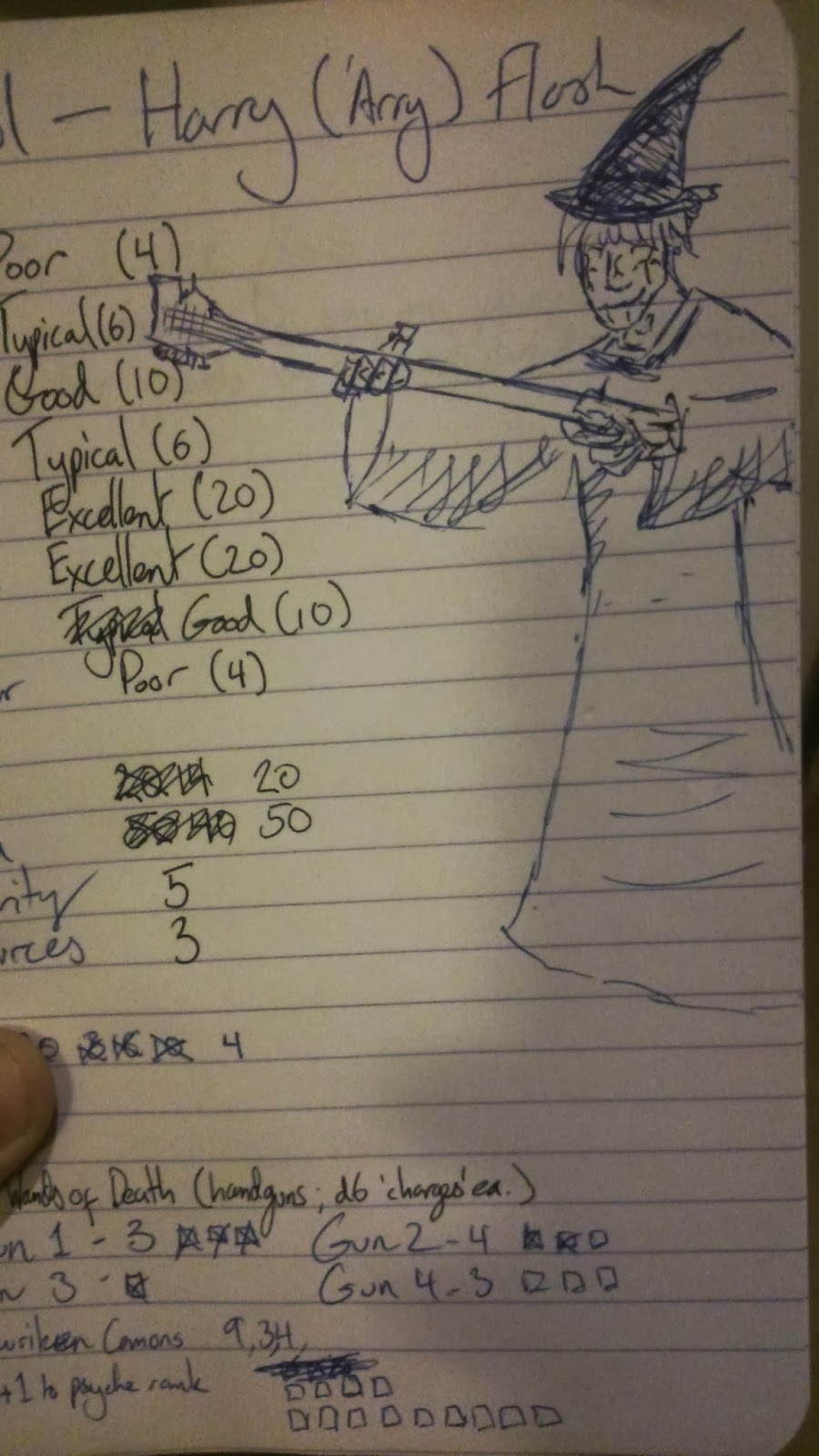 After shopping in Pittsburgh: 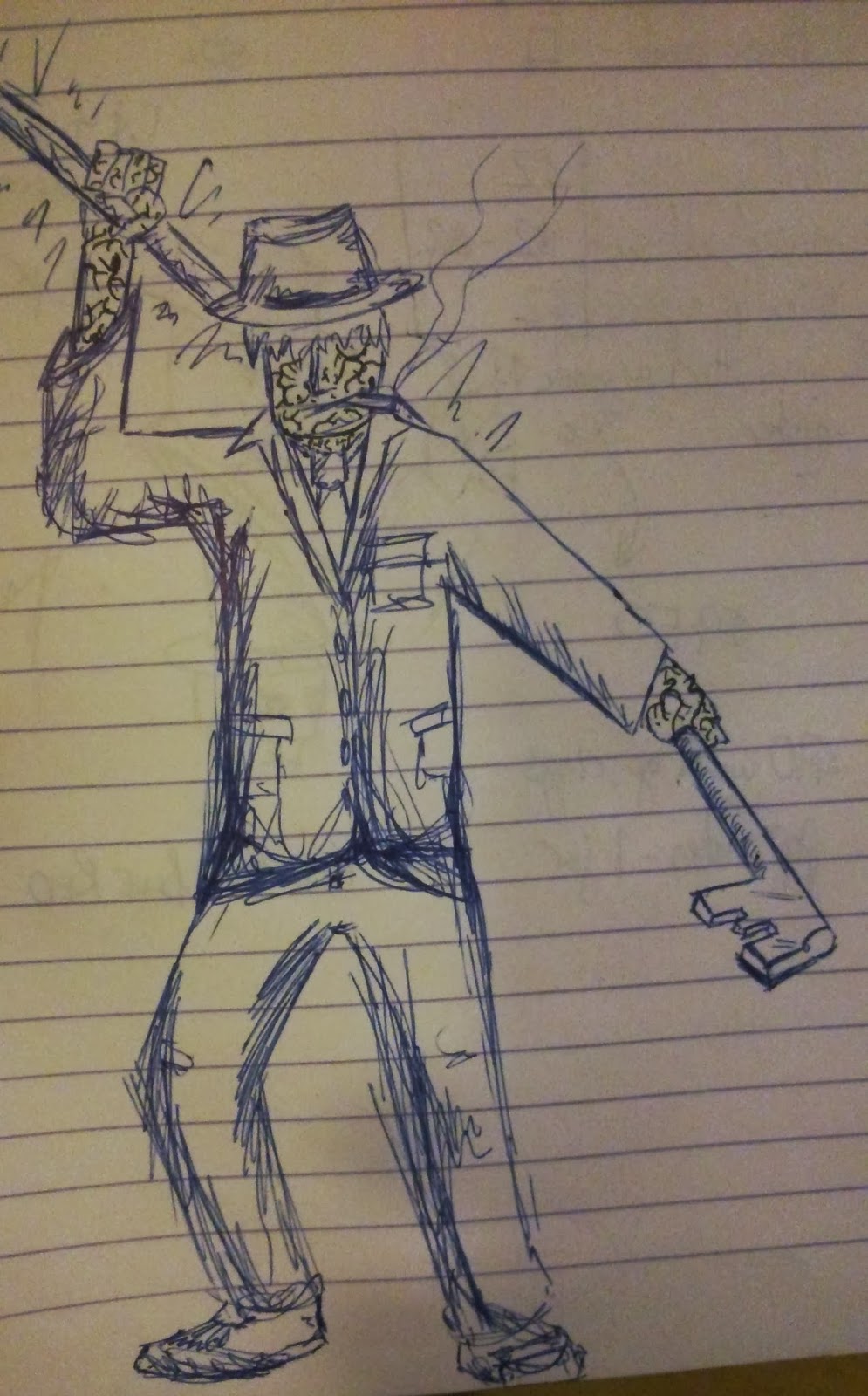 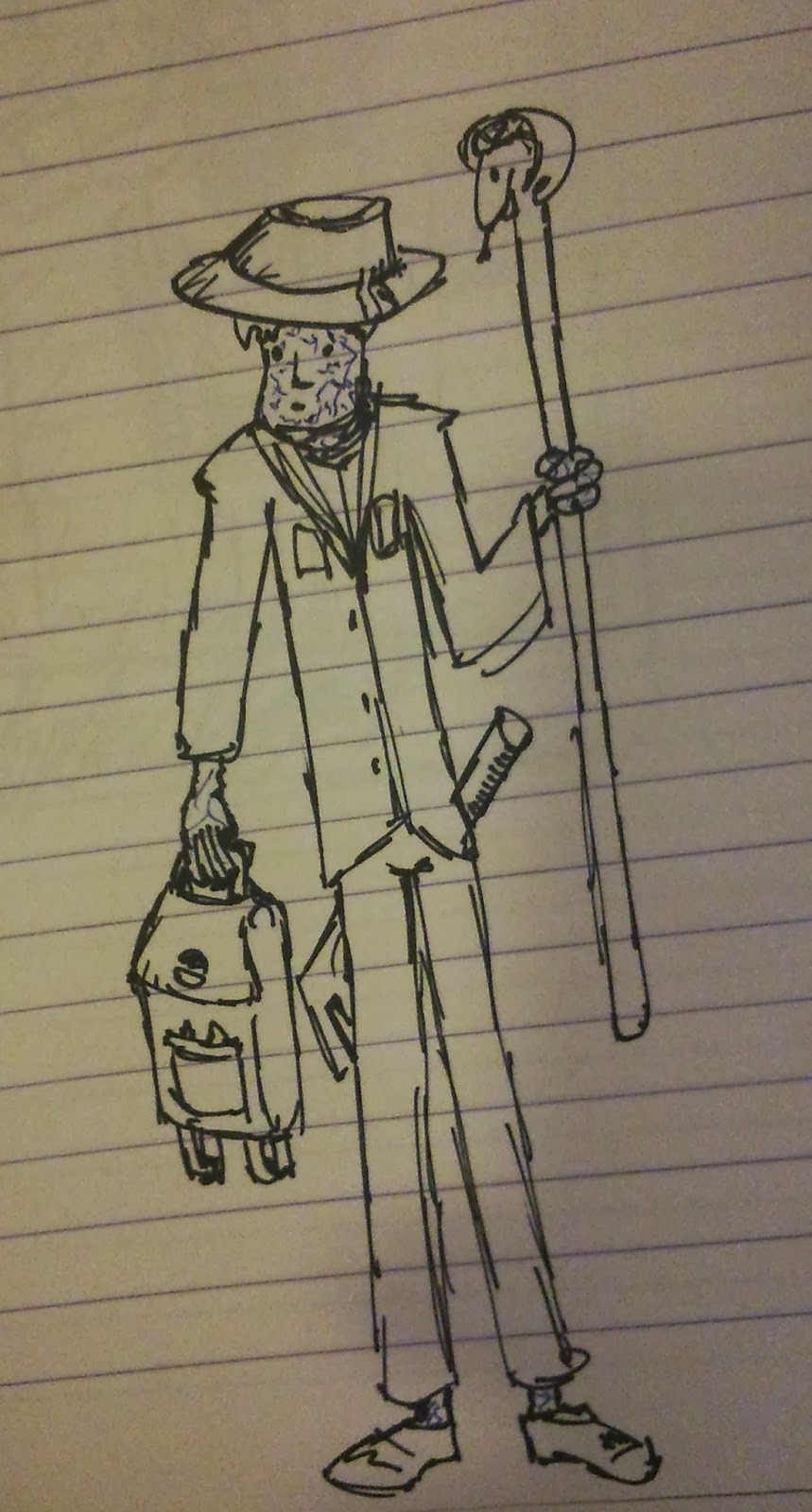 At least I have my pictures.

First image as new reporter, selfie with leader of the hipsters. I had persuaded them my wizard clothes were ironic: Then during last week's House of Hours I realised I still had the camera and took some photos (still waiting to be developed): 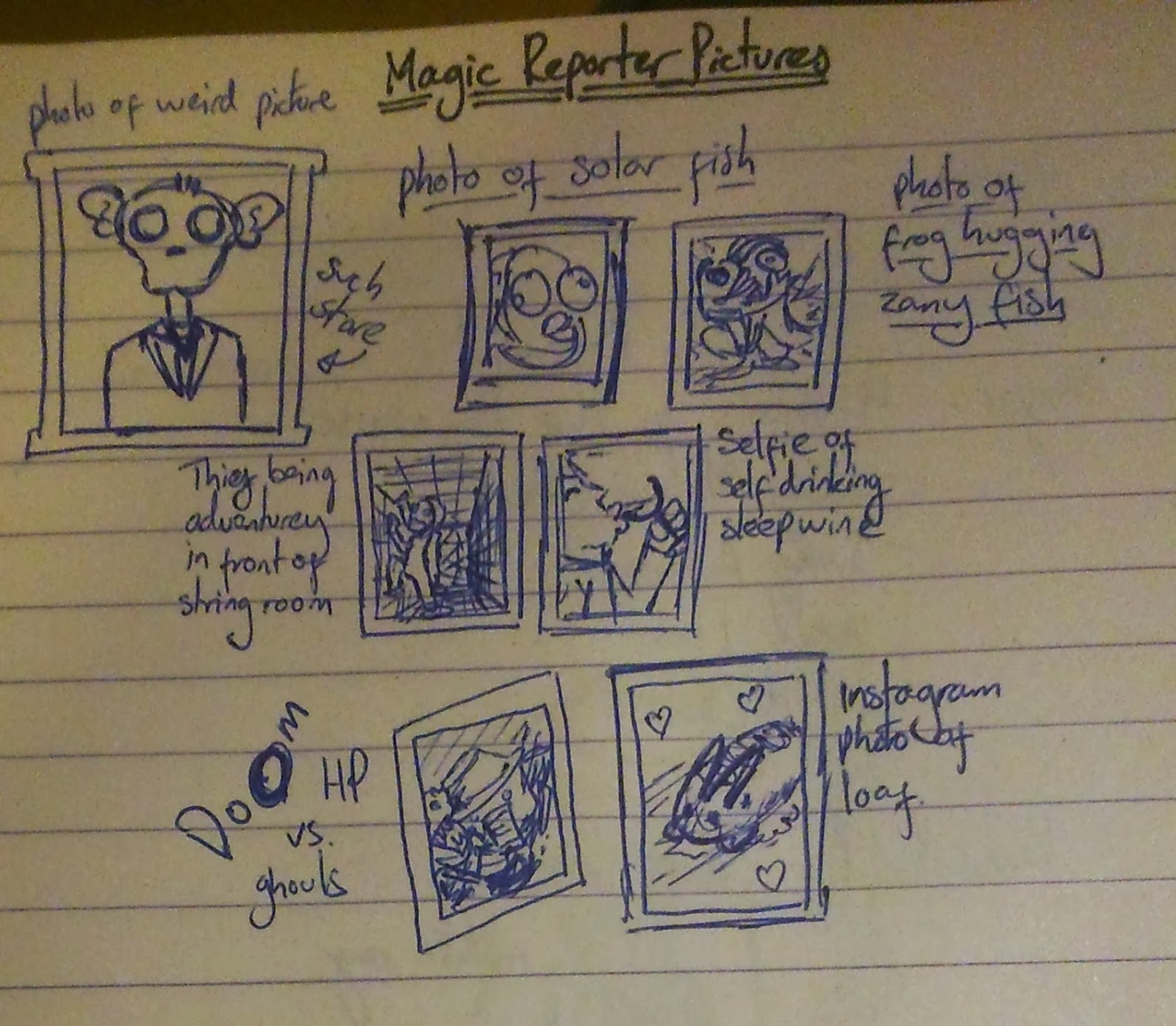 By the way this is Harry Flash's equipment as of this moment: 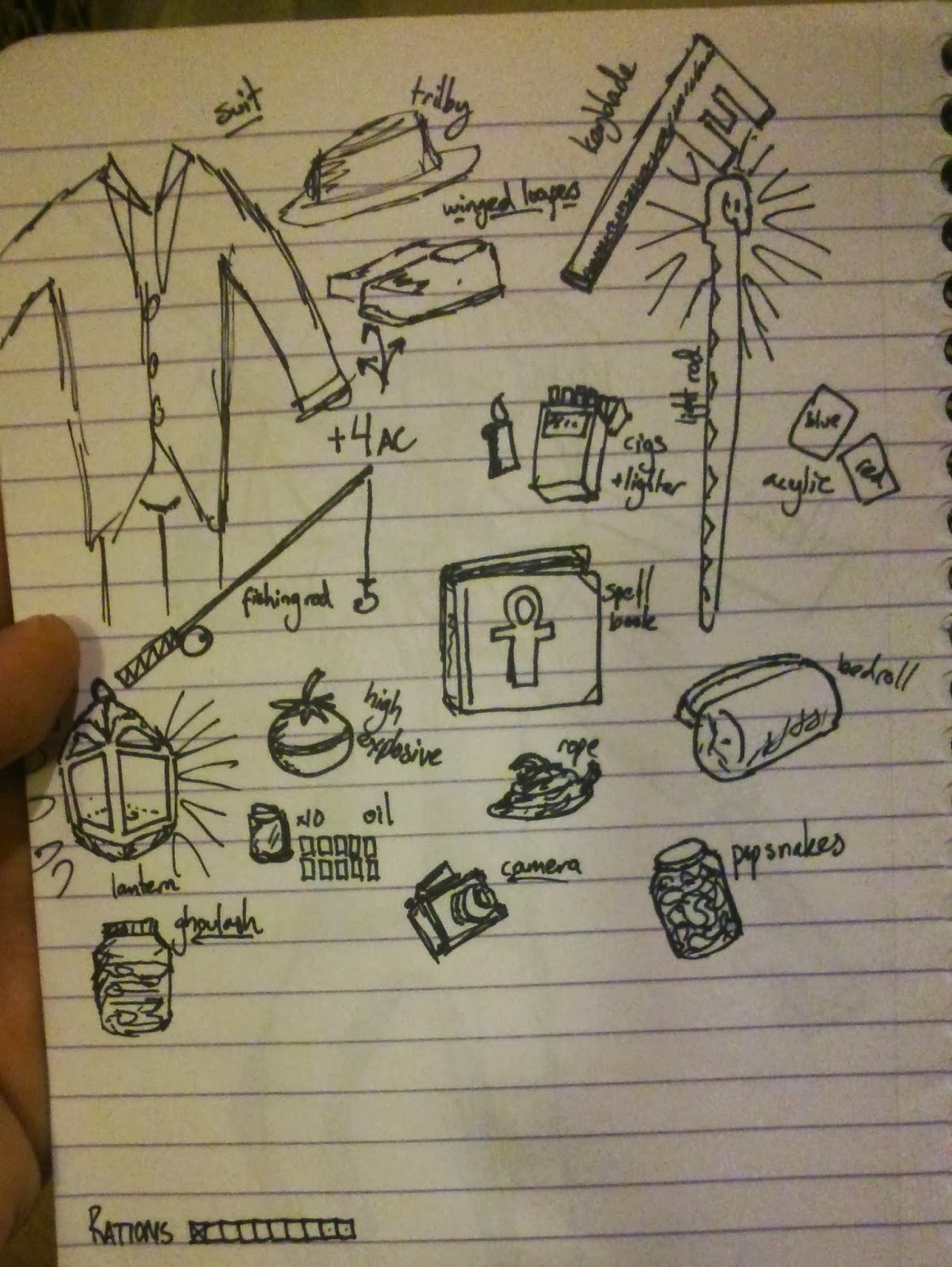