We killed the spell slots.
Time to kill the spells!

The core of this Cleric class is fundamentally the same as the Generic Cleric from the previous post.
The main change is the removal of the standard Cleric Spell List in favour of three unique Miracles by Religion.
Replacing the whole Cleric spell list with a smaller group of unique Miracles means they can be powerful and thematic.
A minor addition is the Sect Bonus - allowing any character class (including the Cleric) to gain a benefit from their Religion.

Also conveniently it's Easter Sunday today. I didn't intend to time it like this, but it's good timing for Cleric mechanics! 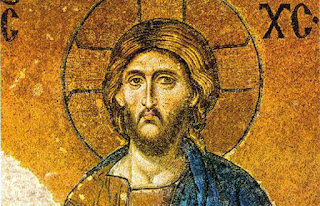 Religions: You belong to one of several different religious sects. Each Religion has a unique set of Miracles that you can cast, Observances to follow, and a relationship with other faiths.
See Religions below.

Miracles: Each Religion has 3 unique Miracles.
Calling forth a Miracle is a normal Action - the Miracle is cast instantaneously.
After you call forth a Miracle, 2d6 and attempt to roll equal to or less than your current Faith total.

Observances: Each Observance is an act that will cause you to gain or lose Faith.
Observances can be triggered once each. After you call forth a Miracle, this resets so you can be affected by each Observance again.

Lead Prayer: As a true Cleric, your passion and truth outshine petty sectarian divides.
When you deliver a Sermon everyone in the congregation unlocks their Sect Bonus, no matter their faith. 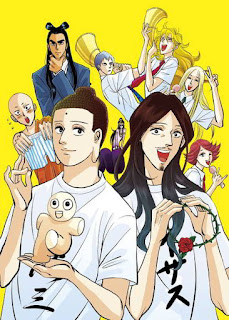 There are many Religions.
They slot into the core Cleric to basically create a bunch of sub-classes.
If you don't want to choose an established Religion, you can work with the DM to create your own.

Miracles are the equivalent of Cleric spells.
Observances make you gain or lose Faith.
Sect Bonus is a permanent perk - explained later to keep this tight.

Here are some examples from my game so you see what I'm on about.
We recently went post-apocalyptic so they're all apocalypse cults.

What's their deal?
Lightning, Hammers and Heroism - live up to POWERLAD's example.

Sect Bonus:
Hammerfall: Hammers you wield deal +2 against all armour types and boost damage die by one size.

What's their deal?
Survive and repopulate the post-apocalyptic world.

What's their deal?
Fuck Gods. Burn Heaven. Why worship beings who couldn't stop the end of the world?

Sect Bonus:
Shatter Faith: +4 to Saves vs Law. At will, cancel the Sect Bonus of everyone within 20’ - even your own and other Faithless. 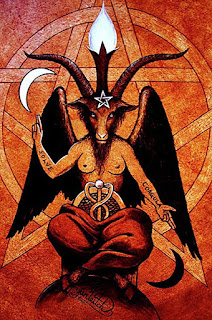 Different religions have different stances towards each other. Classic.
Bring holy war into your game with this one neat trick!

While all Religions believe themselves to be the most true, they may put up with other Religions whose beliefs are relatively compatible.
Of course, some Religions are straight up heretical. These Apostate Religions must be shunned.
The most obvious thing is the social impact.
You get a +2 to Reaction Rolls with people of your own religion, and -2 to Reaction Rolls with those who hold your faith to be Apostate.
It's no use trying to hide your faith, people can Just Tell.

Tolerance and Apostasy is not necessarily mirrored, which is fun. You might tolerate someone's faith, but they think yours is complete heresy. 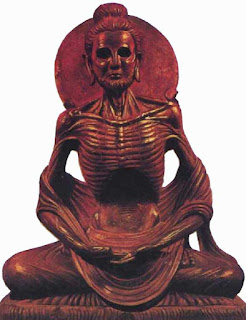 Religion isn't just for Clerics! If you participate in a Sermon, you too can unlock a special faith ability called a Sect Bonus.
The ability itself is unique per Religion, see examples above.

Sect Bonus:
Once it's unlocked, you retain your Sect Bonus indefinitely.
You lose your Sect bonus if you wield Chaotic magic. This includes casting a spell, using a magic item, or gaining a buff from a Chaotic source.

Lead Prayer:
If a Cleric is leading the Sermon, everyone in the congregation passes their Save automatically.
A party with a Cleric is almost always going to keep that buff... and almost certainly have to listen to a lot of preaching.

So this is much more of a departure from the standard Cleric, but seeing as my current group has 3 Clerics right now they've had a bit of playtesting! What a treat!

Bespoke Miracles:
My main takeaway is that it's real fun and they're very powerful. Constraining Clerics to a smaller set of powerful spells means they're more likely to use them, and use them in interesting ways.
The most obvious effect is, of course, that Clerics of different religions feel very different.

The heroic Hyperchurch Clerics - combat oriented - are very powerful in combat, and even more powerful in combination.
The stoner UFO cult Cleric has been going around abducting enemies and, notably, caused a deadly combat to chill out for long enough for people to escape to safety.

In a similar way, the different Observances have made the various Clerics feel unique. The stoner Cleric keeps toking up between miracles, while the Hyperchurch Clerics are always on the look out for people to romance and keep taking their tops off in storms.
And since all Clerics need to give a Sermon to boost their Faith, they're preaching all over the place.
Good times!

Getting rid of the spell list means getting rid of spell levels!
Cleric Faith starts at 2d6+level+Wis Mod, with all Miracle Rolls on 2d6.
This means a level 1 Cleric of average Wisdom will start a day with around 8 Faith. That's at least one Miracle, with good odds on another. Especially if you follow your Observances.

A level 7 Cleric with the same Wisdom will be more like 14 Faith at dawn, guaranteed second Miracle! And more importantly - since your Faith resets to the higher of the Miracle roll or your level, a successful roll leaves them with at least 7 Faith after each Miracle. Good odds for chaining many together in the same day.

Something to note is that I'm assuming a de facto level cap of Level 7, so this is a comfortable balance. If you've got Clerics going beyond level 12 they'll essentially have infinite Miracles.
I'm fine with that personally, but it's something to keep in mind if you're the sort of person who doesn't start new characters off at level 1.

I'm pretty jazzed about Sermons and the Sect Bonus.
Since there are Clerics in the party, everyone's constantly boosted by their Religion - perfect!

We haven't experienced the other side of the coin yet - a Sermon by a lay priest.
The intention is to make a mono-religious party gain easy access to their Sect Bonus, and make it mechanically advantageous to shun apostates (or at the very least, make them leave the room).
We'll see how that pans out!

Sermons are required because I think the idea of pausing a dungeon delve for a spot of preaching is funny - especially since they'll have to do it more often if the Wizards keep casting spells and want their boost back.