THE DUNGEON OF IAXWW - Christmas Gimmick Dungeon of 2016

2016 has been a tough year. Celebrity deaths. Brexit. Trump.
So rather than stock my annual Christmas gimmick dungeon with Santa and elves and snowmen again, I decided to stock it with a bunch of dumb 2016 references.

Countries united!
GOD-EMPEROR TRUMP of the UNITED STATES has teamed up with the Goblin King NIGEL FARAGE to enact a great and terrible RITUAL that will enable Loegria to PHYSICALLY LEAVE Europea and PHYSICALLY UNITE with America, destroying everything in its way!
The DARK REFERENDUM requires that AT LEAST HALF OF THE POPULATION OF LOEGRIA agree to leave Europea! To ensure this happens, the God-Emperor and Goblin King are enacting the RITUAL OF MASS TELEDEPORTATION, a ritual that will teleport any non-white non-native non-human people STRAIGHT INTO THE SEA.
YOUR PARTY OF NOBLE HEROES has been summoned to this Christmassy gimmick dungeon by THE LAST OF THE CLINTON CLAN.
She was at least two million votes more powerful than Trump, but even she could not defeat him.
Now it is up to you.

(Naturally, replace Loegria with your campaign setting. And Europea with the continent it's on/near. And America you can just leave as is, right?)

The Dead – 1HD AC12 ML12
Prince: Surrounded by purple rain, those nearby save vs Magic each round or weep.
Bowie: If you kill him – you are floating in a tin can far above the world. Escape back to Earth if you can sing like half the song.
Alan Rickman: Has 5 random potions on his person. If you kill him – speak in Alan Rickman voice and physically become one of his characters. Transformation happens in one round, and maintains for as long as you stay in character in real life.
Gene Wilder: If you kill him - become a big blue blueberry that can barely fit through doors. Lasts the rest of the session. If popped, you die.
Muhammed Ali: AC 18. Missed attacks mean he ducks, weaves, and punches you in the fucking jaw for 1d8 damage and blasts you backwards. If Ali takes you to 0HP, he bits your fucking ear off.
Ron Glass: Peaceful. Holds book covered in a layer of wool. Allows reader to speak with sheep.
Fidel Castro: Attack has 50% chance to be Good (attack heals 1d6 HP) or Evil (attack deals 1d6 damage)

Nigel Farage the Goblin King – HD3 AC12 ML12
Any time you are in the same room as Nigel Farage the Goblin King, you must punch him in his stupid smug grinning face (just fists, no weapons) unless you Save vs Magic-ally Punchable Face.
Nigel Farage has a big mug of Real British Ale. Every round he can take a massive swig of his Real British Ale to heal up to full health, but takes -1 to his AC. Stop him from doing this by either dragging him away from the tap (hard when you’re punching him in the face) or taking/adulterating his ale somehow (which sends him into a rage).

God-Emperor Trump – HD 8, AC 17, ML 9
Trump takes half damage from women and does double damage against foreigners and minorities
Roll 1d8 twice every round for Trump’s attacks:
1.       Pussy Grab! Wrestle. 1d4 damage to men, 2d6 damage to women.
2.       Build a Wall! Creates a wall 30’ long and 20’ high in the location of his choice. Anybody of even vaguely South American descent in the room (player or character) loses half their cash.
3.       Glass Ceiling! A huge pane of glass drops from above. Deals 1d6 damage to women inside the room, but men pass harmlessly through it.
4.       Rigged Pole! Springs from the floor and smacks a random person nearby for 1d10 damage. Roll to hit, but change the result to anything you want. It’s rigged.
5.       Krav MAGA! Three attacks for 1d6 damage each aimed at whoever he chooses.
6.       Hell Toupee! Hairpiece LEAPS FROM HIS HEAD and begins strangling someone. 1d6 damage every round until you wrestle it off. If he rolls this again, jumps again.
7.       Charm White Male! Random white human male in room is Charmed and does whatever Trump wants. Save vs Magic in subsequent rounds to break free.
8.       Deport Minority! Random non-human in room is teleported to the dungeon entrance. 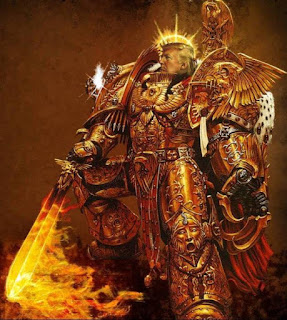 Entrance. The Resting Place of the Last of the Clinton Clan
It is snowing. A blonde woman in a pantsuit ages before your very eyes.
"I was two million votes more powerful... but not even I could defeat him... I have used the last of my strength to summon you here. Please, save 2016. Save us all."
She collapses into the snow. If searched, you find no emails.
Above the dungeon entrance, festive neon splutters and fizzes in the cold. The letters spell IAXWW. The foetid stench of a horrible year blows from the dungeon mouth.
We were forced to got through 2016. Now so are your characters.

Room 1. Hall of the Dead.
The Celebrity Dead of 2016 are here, stacked in neat alcoves amongst tinsel. Search the berths and you will find every celebrity who died this year.
Progressing means several animate and attack! Specifically the first five I made stats for - Prince, Bowie, Alan Rickman, Gene Wilder and Muhammed Ali.
They will generally say that they didn’t want things to turn out this way, but the dark energies unleashed by Brexit have caused them to hate the living.
Surprise! It's not over! When the five are defeated, Ron Glass and Fidel Castro appear! Ron Glass does not fight and offers a book bound in wool. Castro may attack depending on the group's opinion of him.

Room 2. Harambe.
Shallow water surrounding a central island. Narrow ledge around room could be traversed with some difficulty. On the island, a single bare-branched Christmas tree.
If someone climbs down to the water - Harambe the Gorilla runs around the island, grabs them, and begins dragging them through the water to the sound of screams!
If the ledge is traversed instead - the smallest character falls! No save! Harambe catches, cradles, drags through water to the sound of screams.
Harambe is peaceful and harmless, but scared. It's up to you to work out how to save whoever fell in.
Leaning against the christmas tree is the Gorilla Gun. Any who touch it must Save vs Magical Device or shoot the nearest gorilla they can see. It deals 1d10 damage and has 6 shots left.

Room 3. The Inevitable Slide
A slide shading from dark blue at the top to dark red at the bottom. Those who didn’t vote in the EU Referendum or the US election this year take 1d10 damage from the sandpaper roughness at the bottom of the slide.
It doesn't matter what you voted for, just that you voted.

Room 4. Lair of the Right.
God-Emperor Trump and Nigel Farage the Goblin King are here!!
Steep 20' cliff with stairs up on the west side. This is to make this room into a "6", but also so people can get knocked off the cliff.
Farage stands by a tap marked Real British Ale and is laughing gleefully. He and Trump are smooching while also gloating about their plan to cast Mass Teledeportation which will throw all non-white non-human non-native people in the land into the sea.
Ritual circle on the ground is a big gold pentagram filled with blood.
The chamber shudders, and somehow you know it’s Loegria beginning to drag itself away from the continent!
Trump and Farage will fight you if you try to stop the ritual, of course.
The main boss fight gimmick is that you can't attack Trump if you're punching Farage in the face, and Farage's punchable face keeps healing when he gulps down his ale.
Kill Farage quick, or find some way to avoid seeing his punchable face.
Trump gets Opportunity Attacks on people who are forced run past him to punch Farage, by the way.

Treasure in the final room!
- Gold pentagram is worth 5000sp, and counts as double that if used as a Thaumaturgic Circle for the purposes of the Summon spell.
- Farage Mug magically fills itself from whatever it was last filled from. If filled with ale, heals 1d6 HP if you drain the mug but gives you -1 AC for the rest of the day.
- Real British Ale tap sticking from wall has 1d10 pints of Real British Ale left in it. Heals drinker to full health but gives -1 AC penalty for the rest of the day.
- Trump Power Armour is tacky and poorly made but wrapped in gold leaf! Low quality plate armour. Worth 10000sp.
- Trump’s Toupee, when placed on a bald head, will protect its new owner. Jumps and wrestles like a headcrab. 1d6 damage per round until wrestled off, but any damage will kill it. Comes back to life when you offend at least 100 people with a single statement.
- Wall Button acts like Wall of Stone but eats 1000sp from user whenever it’s pressed. User can pass this cost onto a South American in line of sight if they wish, but it fails if they don’t have the cash.
- Sack containing 350 million gold marked with the letters “NHS”. Super heavy because of this. If you look inside, there's nothing there and the sack weighs as much as an empty sack. Basically you can carry it around easily if you're looking inside it the whole time.
- Frog Face Grimoire has a frog's face stretched out on the cover forming a horrible grimace. Contains the ritual "Dark Referendum".
Casting time: 2 months
At the completion of the ritual everyone in the country is given the choice to Leave or Remain. If at least 50% choose Leave, the entire country begins moving in the direction of caster's choice at a rate of a mile a day, leaving behind a big hole and smooshing any other landmasses in its way!
This spell can be delayed indefinitely by the leader of the country, so kill them asap if they're not on your side.
Posted by James Young at 03:52