For a long time now I have been using Courtney Campbell's super good Table for Avoiding Death for all my Death and Dismemberment needs.
It is in the style of the Warhammer RPG death crit tables which are neat because you get your arms blown off and stuff instead of dying outright.

The goal:
I have used Death & Dismemberment tables before and been somewhat dissatisfied with how people could keep rolling low and surviving a bunch of hits.
Assuming you're being attacked by a dude with a sword at 0HP, the sweet spot for me would be that you survive the first hit with no long term effects, get arms or ears chopped off by a second hit, and die gruesomely on the third.
Courtney's thing has low-impact effects on the low results and death and limb chopping on the high results. As you get more hurt you roll more dice on the table, which means the results get worse the more hurt you get.
I wanted that, but altered slightly. And maybe with a chance to fall unconscious or just die from your wounds.

Absolute basics:
- You're not physically hit until you run out of HP. Think of it like shields in Halo.
- Once you run out of HP you start getting physically hurt. Different kinds of hurt are represented by a buildup of different coloured Death Dice.
- Every time you're physically hurt you roll all those dice and add damage. High results are worse, so taking less damage and rolling fewer dice is definitely better.
- You can still act while you're out of HP, but different kinds of hurt have different effects. Pain means you risk passing out. Bleeding hurts you every round. Trauma means you risk dying of internal damage and organ failure.
- You can spend your whole round doing nothing but looking after yourself, in which case you're not mechanically affected by how hurt you are. This is supposed to be an alternative to falling unconscious at negative HP. Either choose to stay out of the action at 0HP, or join in and risk making things worse for yourself.

Bleed Damage Table
Since Bleeding can damage you at the end of the round, you'll need this bonus extra Bleeding table to bolt onto the side of Courtney's table. 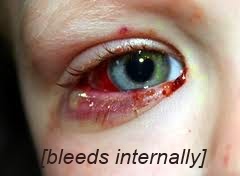 Hit points: HP is more like Not Getting Hit Points, when you take HP damage you’re actually avoiding serious injury. You never go into negative HP, instead you start accruing Death Dice and rolling on the Hack & Slash “On a Table for Avoiding Death”, which is more brutal than it sounds.
Death Dice: These are an abstract way of showing how messed up you are. They come in three colours representing Pain, Bleed and Trauma.
You keep Death Dice in a pile in front of you. The more dice you have, the more fucked up you are.
When an attack would take you below 0HP, add a white Pain die to the pile. Then roll everything in that pile, add the damage you took in excess of 0HP, and look up the result on the death table.
Most results give you more Death Dice, along with “entertaining” status conditions and injuries.
Death dice kickers: Bleed dice are red. You take 1 damage per Bleed die at the end of each round.
Pain dice are white. Each gives you a -1 penalty to all your rolls and a chance of passing out.
Trauma dice are black. Each gives you a chance of dying immediately of internal damage.
Encroaching doom: Every round, roll your Hit Die. If it’s equal to or less than your Pain total you fall unconscious, and if it’s equal to or less than your Trauma total your fate is sealed and you die over the next few minutes as your organs fail and your body shuts down.
You can instead opt to just lie there panting and crying and holding in your guts. All attacks against you count as attacks from surprise, but you don’t take bleed damage or roll for unconsciousness and death.
Medic!: First Aid can be used to remove Death Dice, see New Skills on page 10.
Magical healing removes as many dice as it would usually heal HP. Excess goes to hit points.
Broken arms and other long term injuries mean you are at 0HP until you recover. 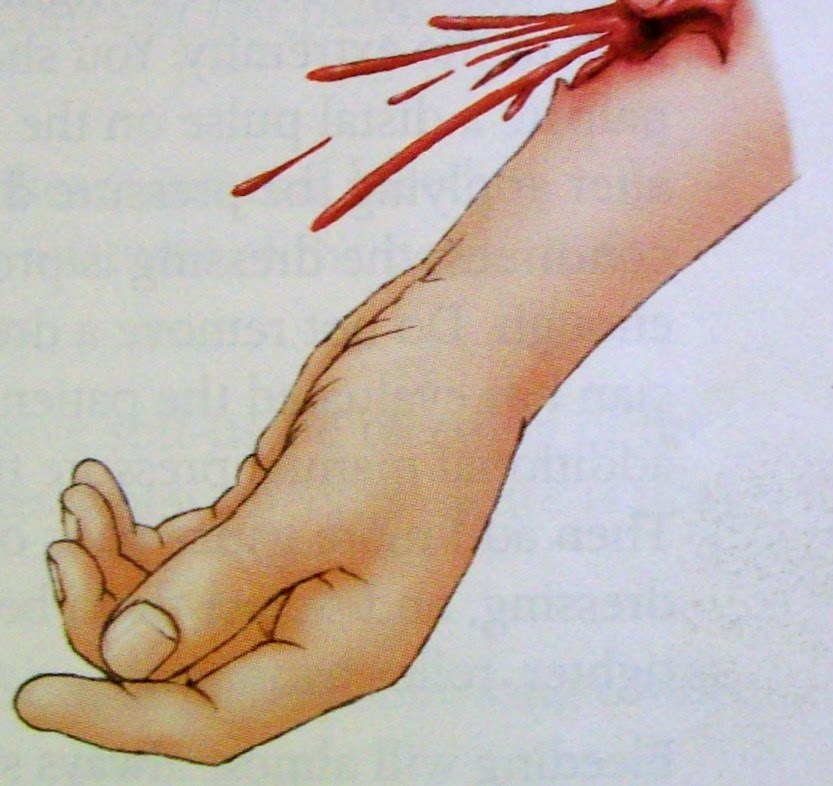 Dude this looks super complicated:
There's a bit of DM overhead, but as far as the player's concerned all they need to know is that damage gives them Hurt Dice, and more Hurt Dice is bad.
They can choose between just lying there and doing nothing, or acting as normal and risking ruin.

Here is an example!
Wizard Khalifa has 3HP. He gets hit by a sword for 5 damage. Oh no!
His HP bottoms out at 0. It never goes into the negatives. That's 2 excess damage, which we'll be adding to his Death Dice roll.
I give him a Pain Die. He rolls it. It comes up a five. Add the two excess damage.
Seven!
A seven on the slashing damage table comes up with "You take a nasty cut across the shoulder. Bleed 1. Pain 1"
I give him a Bleed Die and a Pain Die. He's got three Death Dice in front of him, 2 Pain and 1 Bleed.
If he's hit again, he gets another Pain Die and rolls the whole lot, which means the results will be far worse.

Next round he has a choice:
- Do nothing but lie there clutching his shoulder and panting and crying. Since there's a guy actively attacking him with a sword, he's probably fucked.
or
- Act as normal, but at the end of the round suffer the consequences.
He has one Bleed Die, risking bleeding out. This means he takes a single point of damage at the end of the round, likely triggering another Death & Dismemberment roll.
He has two Pain Dice, risking unconsciousness. At the end of the round he rolls his class hit die (1d4 for wizards). If he rolls a 1 or 2 he faints from the pain.
Posted by James Young at 03:44