I made the Necromancer class for a simple reason - I wanted to use the spells from the Necromancer book that I got for backing Better Than Any Man.
Since this is LotFP and my world is currently being ravaged by the same undead horde that's ravaged many people's worlds at this point, I thought I'd better tie it into Duvan'Ku.

Base class: HD, saves and exp track of the Magic user.
Spells: The Necromancer uses a unique spell list and draws his power from the souls of the Dead.
Ritual caster: The necromancer has no limitations on doubling up on spells. However necromancy requires ritual components and offerings to attract, bind and satisfy the souls of the wayward dead.
It is the necromancer’s responsibility to locate and protect their spell components.
Individual components will be tracked with an Ammo die based on amount harvested, carried, and used per spell.
Last Breath: Any spells which raise or control the dead require the dying gasp of a sapient creature. The caster must breathe it in as he casts the spell in order to speak with the voice of the dead. Each Last Breath lasts ten minutes.
Last Breath must be collected at the moment of a creature’s death and is usually stored in glass vials.
Interrupted Casting: If the necromancer is interrupted while casting they lose the spell and components used as if it was cast. They may save vs WIS to exert their will over the spirits of the dead, if failed a burst of uncontrolled death magic, raw pain and vindictive ghosts deals d4 damage per spell level to the necromancer and all living things within 5’. Plants and small animals in the radius wilt and die. Undead creatures in range are healed by the same amount instead.
Getting more spells: A necromancer may take magic user spellbooks to the Death Cult of Duvan’Ku and lay them at the feet of their dark masters. In return they will be rewarded with necromantic equivalents. This is Bad News for the original owner of the spellbook. Alternatively they may research spells at the normal rates. 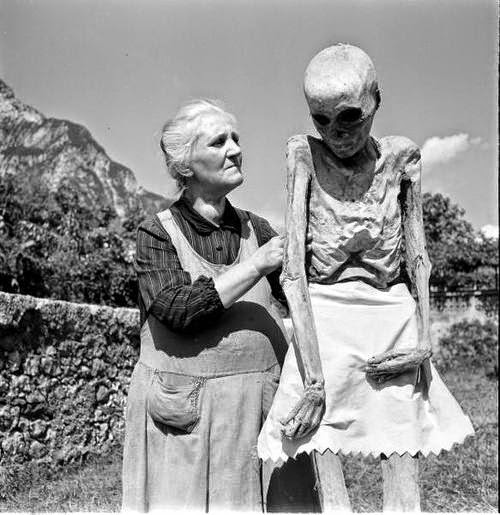 Spells come from Darker Paths 1: The Necromancer. If you don't have it, it's pretty cool and probably worth the five bucks.
If you don't have five bucks, Theorums and Thaumaturgy is free and has a necromancer in it but you'll have to make up the ritual casting components yourself.

Ritual Caster is due to the book listing components for all the spells. While initially I was going to strip them out to make it fit better with LotFP I changed my mind.
The annoying thing about spell components usually is you have to work out where to find bat guano or a gem worth 1000gp or whatever, and it's not like you know where those are unless you ask the DM. With these spell components you can get them from one place - dead people.
Forcing Necromancers to ferret through graves for fingerbones and desecrate the recently dead for pints of blood? Yes please!
Even better, they'll be forced to keep a variety of creepy materials on them at all times, which is sure to be a blast if normal people find out.

I'm not sure where I got the idea for Last Breath but it's too awesome even for me to have thought up myself. The central conceit is that the Dead will only heed one who speaks with their voice. This is why Necromancers often come with living followers (they need a sentient creature's Last Breath and body parts for spells) and why a Lich is a scary powerful necromancer (it always speaks with the voice of the Dead.)
It also means people can't try the whole "oh but I will be a good guy necromancer and use zombies as cheap labour in the fields and help everyone" schtick without getting their hands dirty.
Incidentally this is also why Necromancers can Animate Dead from level 3 (they can talk directly to the spirits and placate them with offerings of blood and bone), while Magic Users have to wait until they're level 9 (they have to force the spirits into the bodies and bind them inside with magic, making the resulting undead angrier and less controllable).
A single dose of Last Breath lasts for ten minutes, during which time you can order your minions around and cast spells and all that good stuff. When it runs out your minions will keep doing whatever they were told to do last, so if you want to micromanage your horde you'd better stock up on souls. 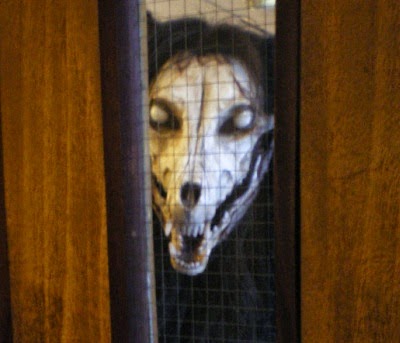 Yep, with Interrupted Casting I've got a different gimmick for every caster. Interrupting a Necromancer unleashes a burst of pure death which wilts plants, kills small animals and sucks the life from larger creatures nearby. At least there's no chance of fucking up the world like with the arcane casters, although you yourself may die.
On the Death & Dismemberment table it counts as Cold/Nether damage.

One of the issues with adding another spellbook-based spellcaster is Getting more spells. The classic solution was to make, say, Illusionists and Magic Users have different ways of writing spells in their spellbooks.
That's kind of lame, doesn't fit with my idea of how spells are recorded, and I'm bad enough at remembering to put spellbooks and scrolls in loot as it is without diluting the possibilities for the three classes which share a spell list.
So instead a Necromancer has to bring regular spellbooks and scrolls to the Duvan'Ku somehow (details intentionally left vague) who will exchange them for more appropriate equivalents and do nefarious and unspecified things to the originals.
Of course spell research is fine and works as normal, this just gives Necromancers a way to turn looted spells into something they can use.
Posted by James Young at 12:54