So I accidentally gave my players at-will breath weapons.
Oops.

I'll cover the rune system I made in some later post, but suffice to say that anybody can draw and activate these runes, but you get AC and move speed penalties while they're active.

In this case my players created what they termed a "super laser rune" which shoots out a deadly fan of fire and lightning.
Upon seeing its success in wiping out a wave of ghouls in the countryside, the fighter immediately carved the rune onto his breastplate. 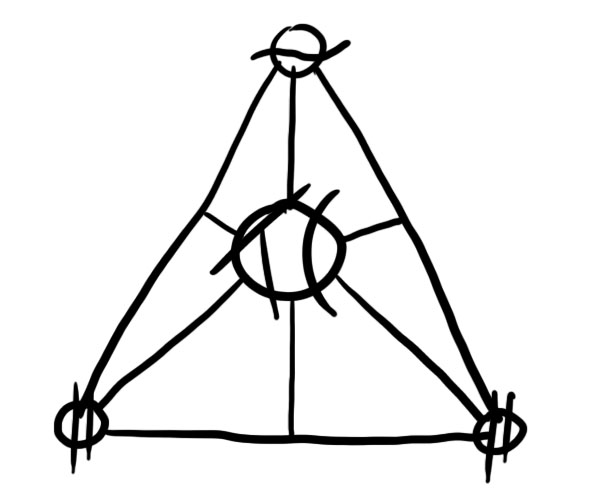 I treated it as a breath weapon when he first used it, 2d6 damage and save vs. breath for half.
But now I'm in a tricky position where every single person in the party can draw and use this thing within a couple of rounds, making a mockery of a lot of fights.

And the worst part is that it's working entirely as intended.

How powerful is too powerful for my guys? Should I feel bad that they can barbeque a room full of mooks with their chest lasers? What about when they work out how to create a laser gun?

But really I'm not too worried. I'm stoked that they're really interested in exploiting a system I designed to be heavily exploitable, and a 2d6 breath weapon isn't particularly game breaking.

The fact that there's already a built in AC penalty thing gives an intrinsic penalty to their use, and I'm happy with that.

The impact on the world will be very interesting to see. It's a low magic setting and of course the populace is terrified of magic, but runes bring magic to the common man.
If they keep using runes in plain sight like they've been doing, the secret will be out. My low magic setting will start to transition to a high magic setting, and the impact of that could be great fun in a first-empire-to-get-gunpowder kind of way. Especially now that they've got them carved onto breastplates and stuff for anyone to see.

They've unleashed a lot of apocalypses in their time, but a technological revolution? This could get good!