But I'm going for something slightly different (but very related) here.
I'm even going to give it my own bullshit term that I'm stealing from Assassin's Creed, just so I don't muddy the waters of Associated/Dissociated mechanics.

This is basically just a question of "Would the character make the same decision as the player?"

This is regardless of whether they're acting on the same actual information.

So for an obvious example, a Fighter in old school D&D.
The Fighter knows "I am good at fighting, I am feeling fresh, and I am wearing strong armour. I will attack".
The Player knows "I get +5 to hit, I've got full HP, and I've got 18 AC. I will attack".
Player and character are Synchronised.
The Player's acting on abstract mechanical information, and the Fighter's acting on "actual" information down there in the imaginary game world. But they're both making the same decision.

The classic counter-example - the Fighter in 4th edition.
The Player knows "I have 2 Encounter Powers and a Daily still in the tank, I know what those things do mechanically and how to use them effectively. I will attack."
The Fighter knows... what? He can't know these things. He just thinks he's good at fighting, maybe particularly good at tripping or slowing or attacking multiple or whatever he specialises in. He can't know that he's only got one super-move he can use all day. The player is making decisions based on information the Fighter has no way of knowing. They're Unsynchronised.

Behold, the same Fighter versus a Ghost with Level Drain.
This oft-reviled mechanic is absurdly "gamey". It drains levels of experience. The Fighter cannot have in-character knowledge of experience points. Experience points are a Dissociated mechanic.
But Level Drain does lead to Synchronised behaviour.
The Fighter knows "Fuck! A ghost! Terrifying! I'm not going near that thing!"
The Player knows "Fuck! A ghost! Level Drain! I'm not going near that thing!"

(An important note - this is why you should always warn players about Level Drain when they first see such a creature, it models the fear that the character feels at first sight)


In the other direction, the Fighter's HP.
An Associated mechanic. HP equals luck and toughness and skill. But have you ever heard people decry HP as "unrealistic"? Particularly the way you fight at full strength until you keel over and die?
People say it's unrealistic because it's Unsynchronised.
The Player knows "I'm at 2HP, but I can still fight and act at full strength"
The Fighter maybe knows that? Maybe doesn't? It's weird, which is why HP tends to come up more than other things in D&D discussions and people tend to have a bunch of houserules around death and dying.


Which brings me to my final example -
Why do Old School and Pathfinder people both hate 4th edition?!
Pathfinder, to me, is traditionally one of OSR D&D's opposites.
Rules Heavy vs Rules Light
Character Builds vs Random Char Gen
Balanced Encounters vs Random Encounters
etc etc etc
We've seen it all before.
But why did both communities arise around a rejection of 4th ed?

They're just two ways of getting to the same point of player-character Synchronisation.

But 4th edition is intrinsically Unsynchronised, which is why you see people saying it doesn't "feel like D&D".
It's wrong. It's off. It's "like a video game". You're making decisions for your character as a playing piece, not "with" the character as an extension of yourself. It's not even emulating a genre. It's hard to justify your character making those same decisions in that situation.

And this, I move, is the real reason behind why introducing "gamey" mechanics to your old school D&D can feel a little uncomfortable.

Like Arnold's Brute class has a mechanic whereby a Brute can go tackle a baddie "offstage", and he gets a bit apologetic about it:
"It sort of plays around with the idea that there is a place called "offstage" (something shared with my doppleganger class).  Yes, gamist.  Yes, storygamey.  But it looks hella fun"
The Brute can't know that tackling someone off a cliff won't result in his death. From their perspective they are sacrificing themselves. The player might make decisions that the character would not, like "Let's lure the worm-empress into the bottomless pit chamber so I can tackle her into it". It feels uncomfortable because it's Unsynchronised.

I had the same uncomfortable feeling with some of the once-per-session bonuses in the Backstory table.
The player knows something like this: Once per session, survive the most dire consequences of something going horribly wrong
But their character can't know that. It's Unsynchronised. The player might take unnecessary risks that their character wouldn't, just because they know they've got a get-out-of-jail-free card. 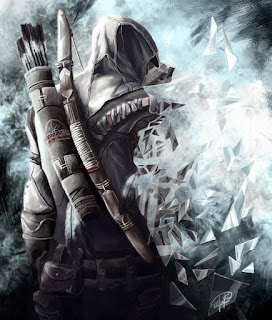 And that's important to make this possible -

This is why I said "I don't like separation between player and character, I like it to be a big soupy pool of not being entirely sure where the player and and the character begins." in this post. The concept I was trying to get at is what I'm now calling Synchronisation.

And also, why I'm ok with some things termed "metagaming" and not others.
Knowing a Troll regenerates an amount of HP every round is completely ok. It's justifiable that your character might have that in-character knowledge. They live in a world where trolls exist, it stands to reason they've heard of them. You're Synchronised.
Deciding not to touch the red gem in Room 26 because you read the module beforehand is not ok. Your character has never been here before. This is the first time anybody has entered this tomb in a thousand years. You are making decisions your character cannot. You're Unsynchronised.

It's important to note that everybody has a different threshold here in how much justification they're willing to accept. I'll go into that a bit more in a later post. 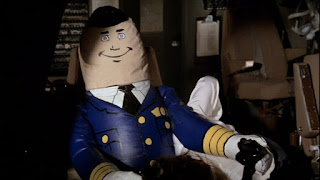 I've spent a while on this and I need to wrap some Christmas presents, so I'll wrap this post up too.

In Part 2, I'll go into how to go about resolving stuff that leads to Unsynchronised play.
But for now, I'll wait for somebody to point out that there's a better word for Synchronisation already and everyone's laughing at me.
Posted by James Young at 04:10