Rune magic is kind of my baby. I hope you like it.

Some initial points:
- It's powerful and flexible. If they're clever and into it you might have given them an extra levelsworth of power.
- This is all player skill not character skill, and generally an extra thing any class can use.
- Expect your PCs to start tattooing runes on their foreheads and tongues and carving stuff into armour and thinking up all sorts of badass abuses and exploits like guns and ironman suits.
- Be prepared to make up rulings and mechanics on the fly.
- Don't give them all of this all at once because they'll get overwhelmed. Hell, you might be overwhelmed too after seeing all this. By my genius.
-I introduced it via a dungeon as a kind of tutorial. Half the fun is seeing them try to work out how runes work, which runes mean what, and how to exploit them for fun and profit.


Now, basic rune crafting.
There are two types of rune, which I call Master and Minor.
Combine a Master Rune and one or more Minor Runes to create a Glyph.

So this is a Make Light glyph: 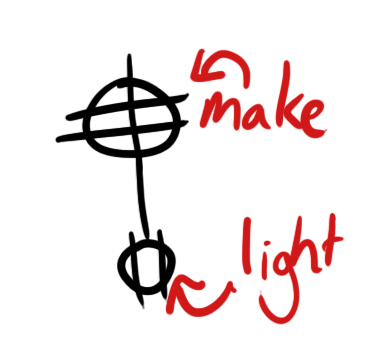 And this is a Beam Heat glyph: 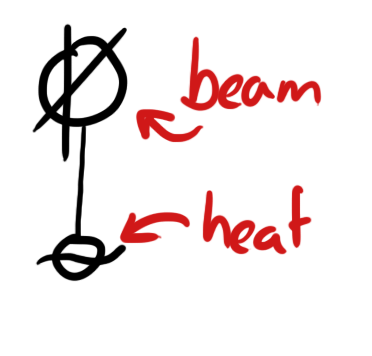 So that's your basic two-symbol glyph. Orientation doesn't matter so long as they're connected by a line.

Before I go into the next bit, I tend to think of the elements as either Materials and Effects.

Materials are anything that's affected by gravity.
So Earth would be a material and Heat would be an effect.
This is important because a Beam Earth glyph will shoot out a ball of soil, while a Beam Heat glyph will create a sustained beam of heat for as long as you power the rune. 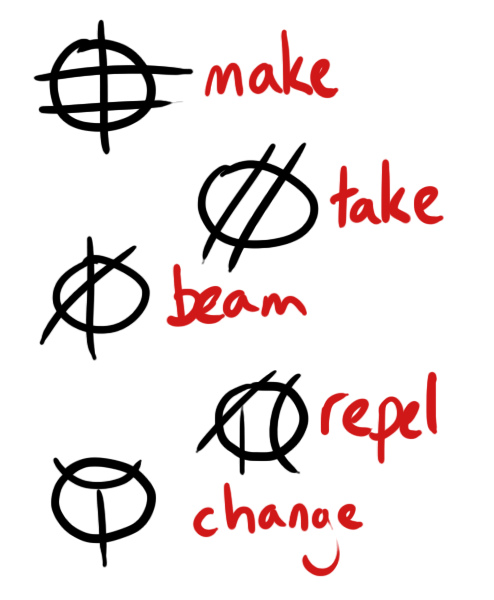 These are the five Master Runes. 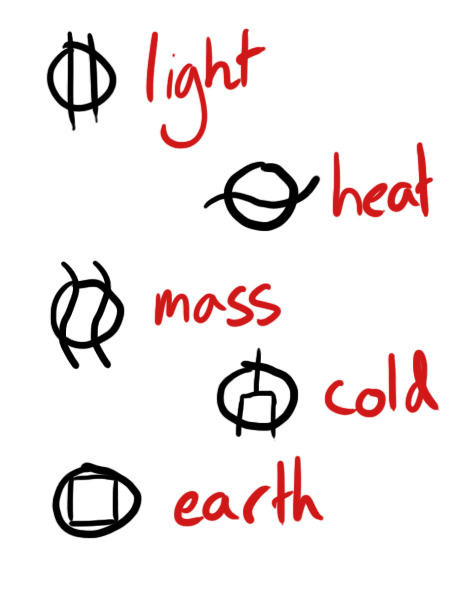 And these are the five Minor runes.

"Dude you got me all worked up and I find out you've only got like 25 possible rune combinations of limited utility? Shit sucks."
Woah woah chill out imaginary uncouth man because there's more.

In this unit you will learn how to:

So the other thing you can do is combine the minor runes to make different elements.
This is done with a triangle shape, but there's a major distinction, as shown below. 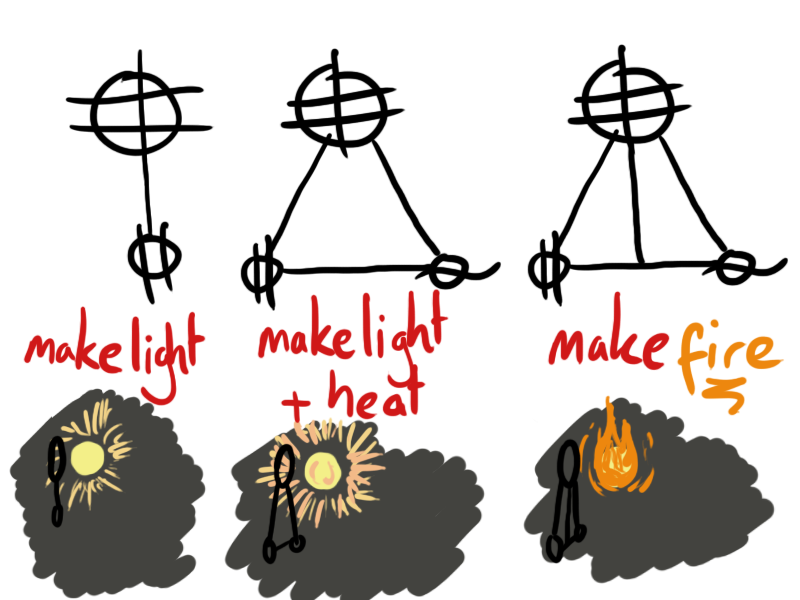 In the second example, drawing a master rune and two minor runes in a triangle shape simply casts them both at once. This means you get the benefits of two runes while you're only powering one which is good for saving energy or whatever.
Essentially Heat and Light are both cast separately into the same place, the result being a ball of light and warmth.

But if you add an extra line between the runes like in the third example, they combine to make something different. In this case Heat and Light combine to create a ball of Fire floating in front of the glyph.

You only ever have one Master rune, trying to cast a rune with two Master runes means it just doesn't work.


Rune combos follow in a visually pleasing format.
Also a word of warning some of them don't reeeaaally make sense, but in the real world you can combine two volatile deadly chemicals and get table salt so whatever.
And they're intentionally fucky so that they make you groove in your DM shoes.
What the fuck happens if they draw a Take Water rune on the seabed?
How does a Size Beam work?
Is it really a good idea to tattoo Make Water in your mouth for desert journeys?

One last thing!
You always have a single master rune, but you can add as many minor runes as you like!
They've got to have the master rune in the middle of a geometric shape, but other than that go for your life.
Remember that your players have to actually physically draw the glyph!

Because they're big, you can have multiple combinations of elements depending on where you place the in-between sticks.
So say you want to make an explosion, but you're in space! Do explosions happen in space where there's no air? You don't know for sure, but you do know this is Frank's favourite topic of conversation and he brings it up whenever he's drunk.
Your eye is drawn to the half-empty bottle of beer next his hand. It's his sixth, and he got here late.
Frank's eyes are greedily lighting up, preparing his amateur physicist notes in his head.

You better do something.
You better
RUNE UP.

You quickly draw a glyph, taking care not to combine Mass and Cold because it might make the explosion less rad. You PUNCH THE RUNES. 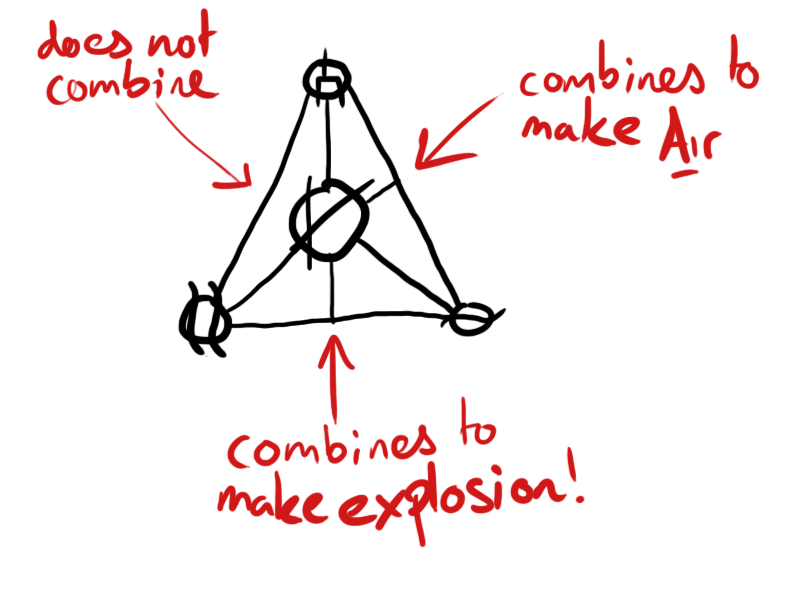 An explosion explodes the thing you're pointing at! Straight balla!
The DM makes boomy whooshy noises and makes explodey motions with his hands!
Fuck yea the day, and Frank's suspension of disbelief, is saved!

Awesome work! Just don't mention the ending of BSG because he'll be off all night.

Alright! That's all for rune crafting folks.
See you next time as I tell you how they actually work mechanically!
OooOOOooOOOoooOOOOO