So I Ran Death Love Doom

So I ran Death Love Doom.

Some choice quotes from my players: 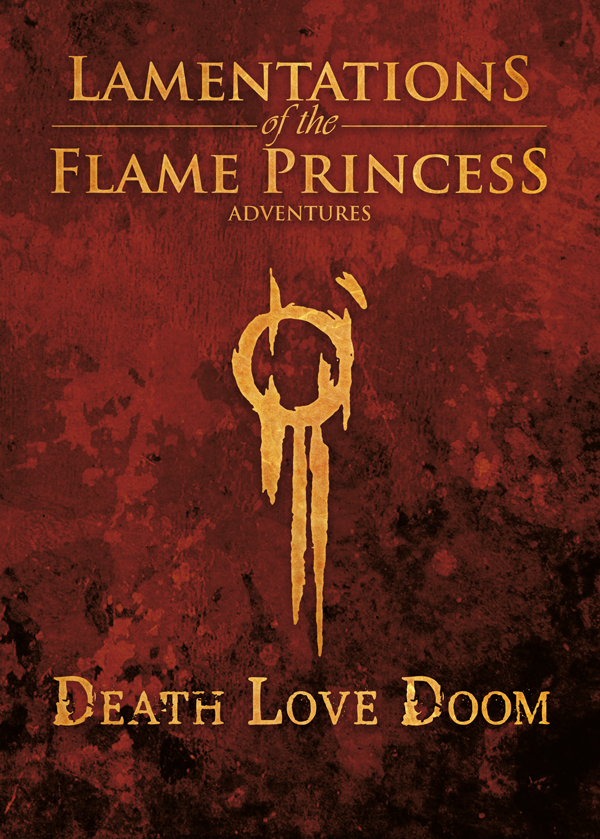 All in all, a good time!

I've always thought that James Raggi's "Way too fucking dark man your players will flip shit gonna slap an 18+ on here" stuff is way more playable and far less your-players-will-never-play-in-your-game-again than he gives himself credit for.

But then this one's a bit different.
I first read this on the train and was going "oh shit ok, turning my back to the window now".
To put this in context I once watched the naked-chicks-and-copious-blood first episode of Elfen Lied on a train and didn't bother.
It's chock full of Really Awful Stuff of the body horror variety, and I'd be doing it a disservice to summarise it all here.

But my guys pretty much won this shit.

They overheard thieves going over their plans to rob the Bloodworth Estate, tipped the bartender a bunch for rumours.
They twigged onto what was going on as soon as the chandelier girl did her spiel, and decided to be worried about the guy, his mistress, and the granny.
From then on, it was kill first, kill again endeavour.

As luck would have it though, the first "creature" they fought was the undead-miscarried-baby-dragging-its-mother-via-its-umbilical-cord.
It was a nice introduction to the rest of this place. They were suitably freaked out.
Plus they were really remarkably lucky. The room with the tongue and cock-grub should have gone so much worse, but they passed their paltry paralyze saves without a scratch.

Rooms were explored, players were creeped out further, peals of nervous laughter were laughed when they found a statue of McIver.

A couple of giant-bug-possessed people were quickly dispatched with only a "that was way too easy" to their names...

And then Grandma Penelope shuffled up the steps.
She'd had a lot of leadup in the form of snip-snipping sounds, occasional cackles, and heavy footsteps. And now she was here.
They freaked a little when I asked them to pick a number between 1 and 8 to be their "lucky" number where Granny got to make some Adjustments.
It's probably the first time I've heard someone say "7? 7 damage? Oh thank god".

So hostiles despatched and top floor reached, they decided to grab whatever loot they could find and get the hell out of dodge. Clever fellows that they are, my players even grabbed the box of ominous necklace rather than let it fall into the hands of any robbers who would come after.

And so that was that!

Of course, the best part about running a LotFP adventure is the long term impact on your campaign world and players.
Now they've got an evil, cursed, incredibly valuable necklace that actively wants to be found.

I also had the psychic body-controlling insect things go ghostly and disappear through the floorboards when their tortured hosts were killed.

Will they be back for those who foiled the amulet's plans? You bet!