After seeing this and breathing heavily whilst devouring it with my eyes, I decided to introduce it to my own game.
Elves are pretty boring in my game because they just look like pointy-eared people. I've already changed Halflings to Goblins, now it's time to change Elves into something fundamentally Alien and Other and Weird. I really really like this idea that elves are the bogeys and milk-curdlers and haunting things that the mind imagines when you're paranoid and alone at night.

The only problem is that Middenmurk's Fallen Elves cover only the Labyrinth Lord starting spells, and Flame Princess has 20 plus Read Magic. I've nicked his stuff whole cloth, shifted some entries to other spells if they aren't in the spell list, and I've tried to emulate his excellent writing as best I could for the rest. Hopefully it fits in fine!

Canny Childe: Diminutive starry-eyed archaics of cherubic seeming. Like unto a child of ten or eleven years in aspect but with a wry glance and a knowingness beyond their apparent youth, the Canny parasitise human dwellings where they can creep about seeking the glyphs and sigils of arcane witchery and abuse the trust they elicit in their hosts to worm their way into vaults of secret gramarye. 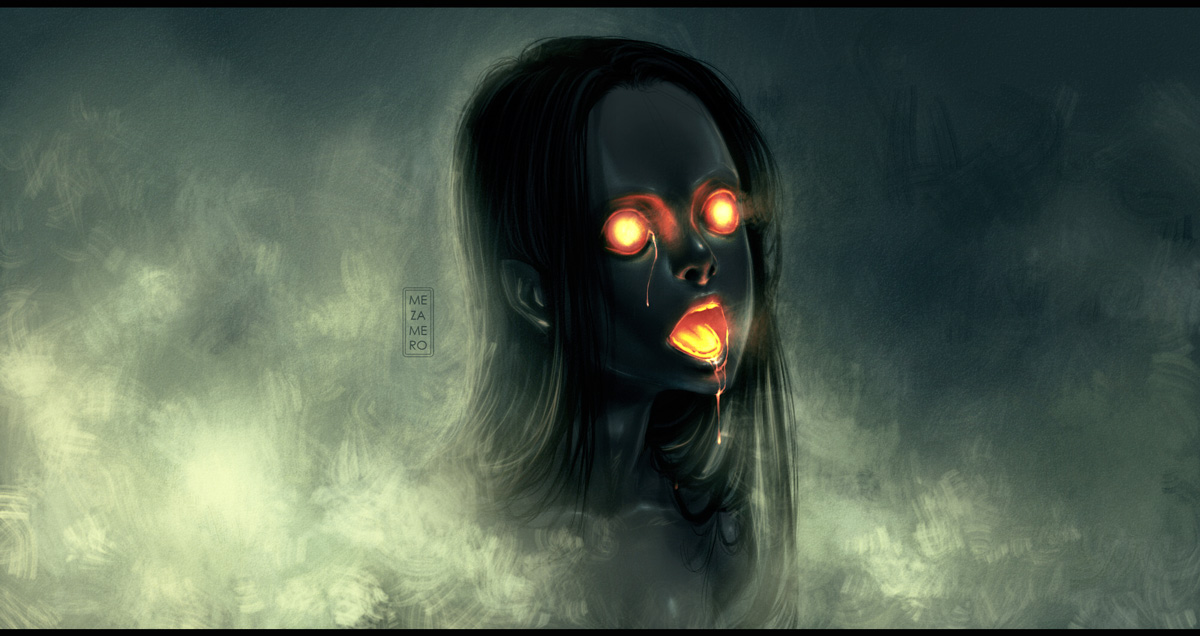 Brackenfrau: Burnished nut-brown moon-faced wenches with crinkly hair that lurk in the withery drears and fern-brakes of a grey autumn. Out in the dappled half-light they dwell in hovels and weave plots to capture comely admirers. They trade in stolen children and seek to use their powers of persuasion to encourage the starveling poor to part with their offspring.
3. Comprehend Languages

Sloomit Waghorn: Conspiratorial manipulative lurkers in alcoves. Hidden in the Bounder-Keeps of the imperium's tattered brink are the fey and crump-horned scholars of the dead years. They keep chronicles kept in dusty archives in which are remembered the aeons of the Earth's dark prime and dynasties beyond. They seek runestones and ogham-staves and other archaic inscriptions. 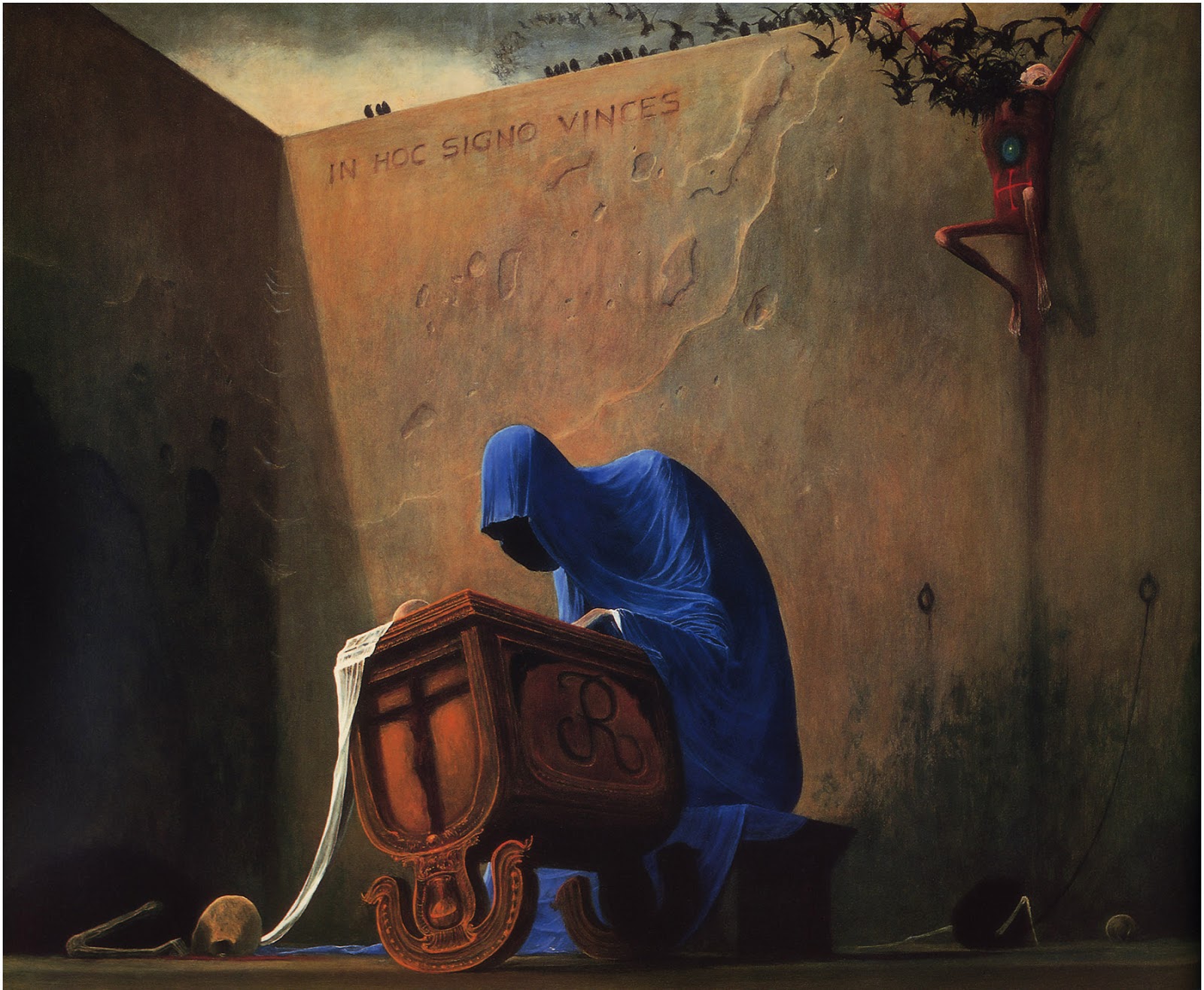 Hollowback Ylfen: Fair to look upon from the front but weirdly hollow and cow-tailed behind. The Ylfen pass briefly unnoticed among humans seeking articles of spae-craft hidden among the detritus of decaying civilisation. To them, all magical trinkets are their province, to be purloined and returned to the barrows where they reign in solitude.
5. Enlarge


Lunting Boggart: Willow-thin lilting wayfarers beset by eternal wanderlust. Wanderers and vagrants, all. They smoke strange herbs in curling pipes during their long-legged jaunts through distant dells. Tall and uncanny, they visit villages on cold moonless nights, tapping thin fingers on windows as they create intricate traceries in the frost.

Flitting Gad: Silent footed and hollow boned, the Gads play strange games in the tall places of the world. They swoop like swallows to catch midges in their baleen mouths, and take to fluttering from rooftops on their two-knuckled hands within eyeshot of a wide-mouthed child. Stay up past bed and you might join them.

Ouphe: Gawping outlandish pudding-headed wanderers. Mostly harmless, ouphes prance uncouthly around the peripheries of the world and laugh at thunder and cry at sunlight and sleep in ditches. What they value is hard to gauge but they have little to offer anyone that makes any sense so it matters little.

Misergeist: Hooky emaciated gloating buzzard-folk; Long and twisted are they and keepers of secrets . The geists are melancholy avarice embodied, hook-nosed and sallow flinthearts that spend their lives gloating over tarnished pewter in the dim and secret cysts of the margins of the world. Misergeists are vanishingly few and bereft of generative vitality; always they seek brides and bridegrooms favoured by the heavens.

Bibliognost: Ophidian-eyed seekers of artifacts, immortal and aloof. Strobiloid cone-bodies creeping slowly through cavern depths on gastropodic feet. They circulate unknown and impossible relics into the world to determine their effects, then hide them away to ensure objectivity. 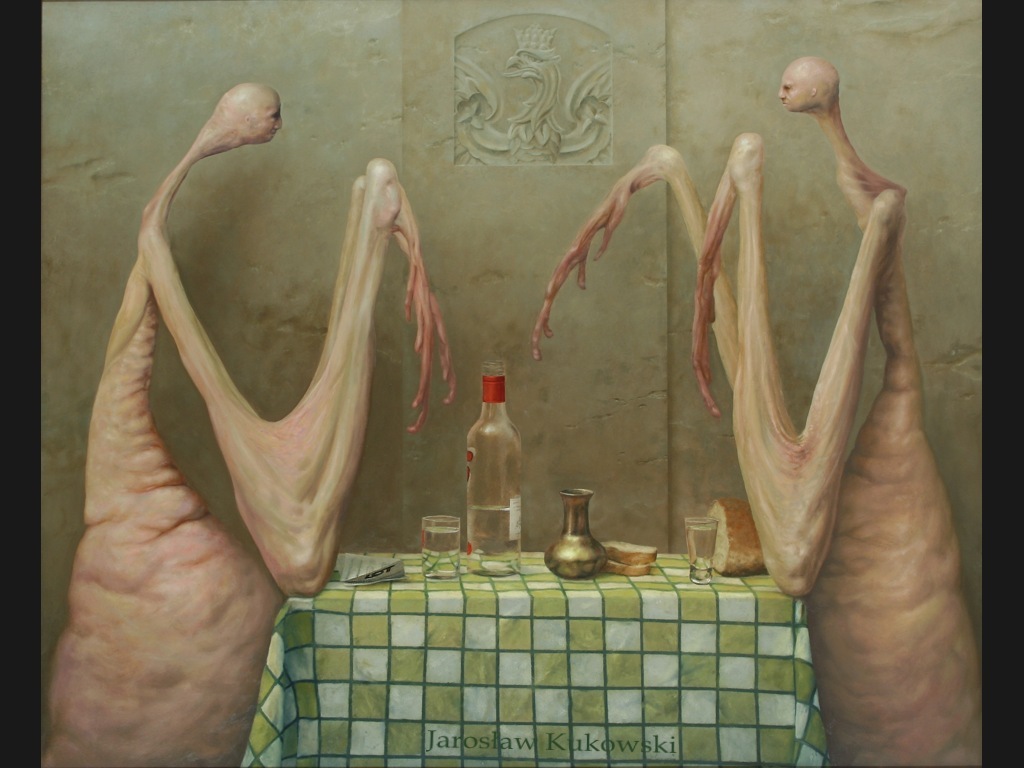 Worriganger: Light - Feral outcasts shrouded in rags and dusty fur who live alone in desolation. They are dusky and angular strangers who mutter in their solitude and follow after the wayward with wolfish intent. Worrigangers are feared and abhorred such that the name is a malediction cast upon the rapist and the hearthless vagrant.


Langrel: Lazy scabrous salesmen adept at making the unseemly seem wonderful. Lamp-carrying dealers granting likely stories and too-good-to-be-trues to the dispossessed and easily led. They deal in any place in any currency and give concessions for prices paid in souls and firstborns.

Gluntie Queyne: Gangling, bristly and ungainly fairy women. Horse-faced and haggard and possessed of an abrasive angularity of demeanour. The Glunties dwell apart in realms of fearful loneliness as their capacity to strike men dead with elf-shot makes them formidable and hated and their tendency to imbibe inebriants immoderately makes them unpredictable. 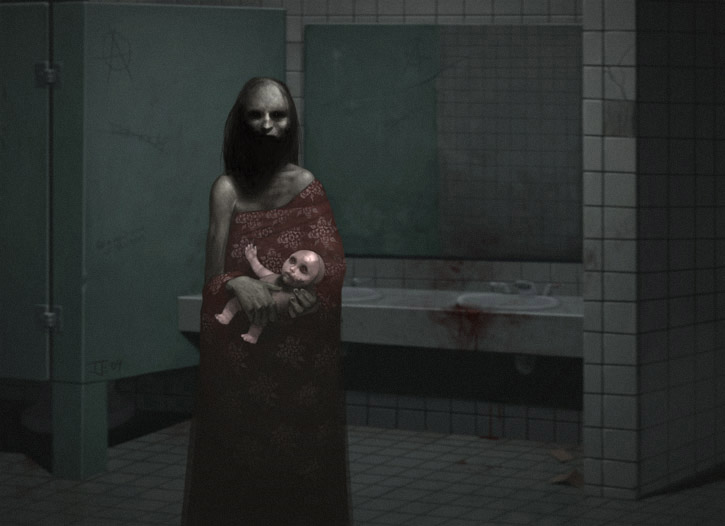 Gremling: Diminutive borrowers of toys and intricate things, petty breakers of tools left too long in forgotten drawers. Spirits of the unfinished task, cut short by the bent nail or the wrong screwdriver. Mischief achieved, they make amends by mending what they had broken, and sometimes more besides. Many a broken marriage has been mended by the ministrations of a Gremling, forecasted by unexpected annoyance and woe.

Flibbertigibbet: Far too slender and unearthly to be beautiful -glittering dark and furtive craven wispy fey who haunt the fen-lands and spinneys. They have an unwholesome predilection for leadings-astray and yearn merely to caress the placid faces of the wayward dead. The living are too too coarse and earthly for them.

Habberjock: Thick-lipped grotesques of apparently majestic stupidity. Habberjocks are outlandishly ugly changeling children grown man-high and uglier still. Their voices are thick and unctuous and their eyes dull and gleaming. They delight in the company of geese and mules and in the slow-worm and eft.

Scalbert Gumph: Sleep - Shambolic fae manifest as slobbery dullards that sleep under bridges and in abandoned mills. They shamble about in the drunken twilight seeking the unwary with groping fingers and muttering dark lullabies. More than anything they desire comely sheep and black roses and locks of maiden's hair.

Alpdrucke: Flattish semi-shadows forming uncanny shapes on the wall, blinking with black eyes from within the wardrobes and beneath the beds of unruly children. Fingers tipped with gossamer strands float down, touching skin through fabric and causing tiny itches that are all too easily scratched. Wake too soon and you might feel it crouching on your chest, trailing its subtle threads across your face and ears and throat. Hide under the covers and it will crawl in with you. 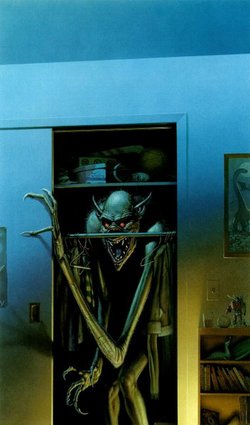 Capripeds: Unctuous epicurean blackguards who traffick with strange forces. In the high hills the Capripeds dance in the new moon's dark with godless things from elder aeons, for the shades can touch them not and the awfish nymphs of the unbegotten prime harm them not for they wrap themselves in webs of glamer.


That was actually a lot of fun! I hope I did a good enough job, even though I blatantly added l's and f's to make words seem more olde.
Expect a post soon about how I plan to use Elves as PCs. It involves them starting as pointy-eared classic elves, and ending up as these things.
Posted by James Young at 15:16