NB: This is based on and almost entirely ripped off of Arnold K's Rat Master class.

A long long time ago I read this thing by Roger GS about a gnome as consolation prize for rolling shit ability scores.
Great idea.
Needing high stats to play a particular class is lame because you're just giving someone who's got advantages more advantages. What is this? America? But needing low stats to play a class is brilliant.

I've got a race of ratmen kicking around under the campaign world. They've rarely been encountered by players but they're there.
I've got a vague policy that any intelligent race should also be a PC class. Keeps me from adding too many races and diluting my humanocentric milieu, and also hopefully means that players understand that even though they're monsters they're still people. Hence, for instance, the Goblin class.

After I saw Arnold's Rat Master I knew immediately that THIS IS IT. The consolation class! What's worse than a rat man?
And now somebody's finally rolled shit enough for it to be possible.

Culturally ratmen are basically Skaven. They share a similar conceptual space to Goblins for me, being subterranean and numerous and into technological experimentation. I've tried to keep them differentiated in my head, I figure ratmen are more sinister and cunning while goblins are wild and wacky.
Goblins don't care whether they live or die, they're legitimately expendable. Ratmen care about their lives more than anything else and will lie, cheat and kill to make sure they're at the top of the heap.

What follows is based (as always) on LotFP, so you already know how to tweak stuff into your home system because you're you. 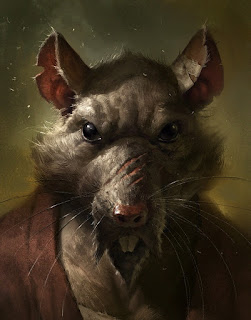 So anyway, how do they work?

Base class: HD, saves and exp track of the Specialist.
The Worst: A Ratman can have no ability scores above 12 at char gen.
Big Fat Rat: Ratmen have a 5 in 6 Climb skill, can swim as fast as they can run, and can fit through holes as narrow as a human head. They can't see in the dark, but can navigate easily by sound and smell and whiskers. A Ratman's tail is so long that it can be used as a whip. Their bite deals 1d6 damage when used to Brawl in a Wrestle, and transmits any poison and disease afflicting the Ratman if the victim fails their save.
Rat Friend: The Ratman is beloved by all rats. They can call one rat per turn, and control a number of rats equal to their level squared. Rats will obey all orders given and can be used to do basically anything a rat could do. If used to attack as a swarm they use Goblin Punch Minion rules, and if thrown at enemies they use that ridiculous Goblin Punch Attached Weasel rule. If used to scout a dungeon they will bring back an impression based on whether a rat would like the room. For more info see the Goblin Punch Rat Master class.
Hate Magnet: Ratmen are hated by every beast, every creeping thing, and every fowl, and whatsoever creepeth upon the earth. If they see a Ratman they will attempt to kill it, or at least draw attention so that something else can kill it. In a combat situation involving animals the Ratman will be targeted first if possible. The only exceptions are rats (obviously) and shelled reptiles. 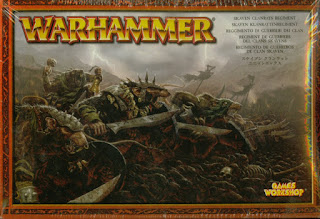 The Worst is because I like the idea of a class that just plain sucks statwise. It's nice to be able to say "oh too bad, but at least you can play THIS super special class".
Also it makes Ratmen much less likely to be in the party, which means they're rare and special in their own way, you know?

Big Fat Rat is to give some actual ratty advantages. I was initially going to go with Stealth as the rat's natural skill, but Halflings and Goblins already have that covered above and below ground and I was already worried about Ratmen getting into the Goblin's conceptual space. So they get Climb, which makes sense to me because damn can rats climb.
Swimming is because I saw this whole thing about how rats are ridiculously good swimmers, and I figure a man-sized rat beats a man-sized man at swimming any day. Same again with fitting through holes and "seeing" in the dark. I didn't want to give true darkvision because I've already got Dwarfs with quasi-magical darkvision, and I want to keep that Their Thing, so Ratmen have to use their whiskers instead.
NPC Ratmen already have tail whips in my reskinned Stonehell and it's a fun gimmick. Good for tying down armoured PCs and all. The disease-transmitting bite is because Ratmen as vectors of disease appeals to me a lot, and I love the idea that a PC dying of poison can take something else down with them.

Rat Friend is what I stole directly from Arnold and the main gimmick of the class.
In the original you get a limited number of Call Rats a day, but I figure rats are incredibly expendable so one per turn is a good enough limit. Despite only having seen a level 1 Ratman in action, he's always sending off his rat to explore before it dies and he needs a new one. He's also been giving each rat a punny name like Pope Ratzinger or Ratticus Finch or Condoleeza Mice so we're already running out of rat puns.
Basically if you use the rats to scout ahead or use them in combat you'll probably use up all your rats, then you have to wait for them to replenish. It's like rat mana.

Also the original has your max rats as a linear one-per-level thing. I've got it as exponential growth because, all things being equal, I expect people to die before they get to level 3.
Also someone pointed out in the original post's comments that ten rats at level 10 is small potatoes compared to what other classes get. Considering the highest level player in my game right now (and to date!) is level 6, and considering a level 10 Necromancer can get a spell that can command up to 1000 undead in a 100 mile radius, a guy who can control 100 rats is relatively small fry.

As for how you can use loyal rats, it's very much up to the player. I will transcribe the most obvious rules here because if I'm already plagiarising might as well go whole hog. I'll also update this occasionally if a Ratman PC does something consistently enough to need a consistent ruling.
- Rat swarm attack! You can send your rats to swarm people as written, utilising the remarkably effective swarm rules:
When attacking minions, you don't roll to see how much damage you do, you roll to see how many you kill. Minions attack in groups, and make a single attack roll for the whole group.  This single attack does 1dX damage, where X is the number of minions in the group.  AoE effects kill all minions in its area of effect with a failed save, or half of them on a successful one.
- Thrown Rat! Ranged weapon with the following effect:
Each attached rat does 1 point of damage per round.  A rat can be pulled off and held with successful wrestle (with a +4 bonus, as rats aren't very strong) made by anyone.  A held rat can be crushed in your hand automatically on your next round--this doesn't require an action, but it does require you to hold a rat for an entire round, occupying your hand.Attached rats can also be attacked.  Make an attack roll against AC 10.  On a hit, the rat is instantly killed.  On a miss, the rat is instantly killed, and any damage in excess of the rat's single hit point "rolls over" onto the person it was attached to.
- Rat Mapping! This is actually great and has been used a bunch already. Just read Rat Mapping on the original post because it's long and includes a picture.
The only difference is that you can tell the rats to check out a limited number of rooms (most often just the next room) and the survivors come back to you.
- Rat Armour! Cover yourself with the crawling horde. Each rat can absorb one point of damage before dying as they jump in the way of attacks.
- Ratagram! Leave a trail of rats to act as a reporting or messaging service between two points. Maximum distance between message rats is 10' (ie. one per standard dungeon square) and messages passed down might be a bit muddled like chinese whispers. 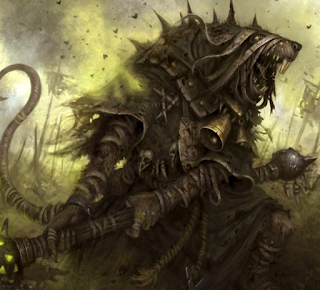 Ratman
Be this if
You rolled your ability scores and said “well, fuck”,

Skulking scurrying vermin, haunters of the burrowing dark. Loathsome and long-buried odium incarnate creeping through the endless night of the underworld. Dead-eyed and reeking like grave-sod they are, gnawing eternally at the root of the world. Endlessly breeding and swarming and feeding. Despised by all and despising all. Cunning and merciless. Hating and hateful.
If only this was you.

You’re here on the surface now, hiding your black eyes from the bright sun. It is not your world.  Your world was one of chaos and avarice and greed, a Boschian nightmare of writhing flesh and fur and filth and life. This world is fresh. It is bright. It is cold.
It could be your world too.
Alignment

You detect as Neutral.
Sub-Prime Requisites
A ratman character must have no bonuses to their ability scores. They’re the worst, but they know this and have a certain low cunning that you (the player) bring to the table.

Ratmaster
Rats love you with all their furry little hearts. You can speak to them, and they tend to like you.
You can call rats if there are any nearby (and they are almost always nearby). You can call one rat per turn. The maximum number of rats you can have under your control is equal to your level squared.
Rats can give you information, scout for you, fight for you, be thrown at people, and a whole lot else.
You also get twice the rumours in towns since you can interview nearby rats to see what they know.


See the Rat, Be the Rat
You’re a big damn rat. You’re good at climbing and swimming, and you’ve got a tail that’s as long as you are. You have a 5 in 6 Climb skill, can swim as fast as you can walk, and can use your tail as a whip. You have a nasty bite that does 1d6 damage on a successful Wrestle, and the target must Save vs Poison to avoid contracting any diseases or toxins currently afflicting you.
You can squeeze through surprisingly small spaces (the width of a man’s head) with relative ease.
You can’t see in the dark, but you can navigate darkness easily by sound and smell and whiskers.


Hate Magnet
Animals know what you are and hate you. A lot. If they can kill you they will, if not they will bark or swarm or do whatever else it takes to draw attention to you so something else can kill you. The only exceptions are rats and, for some reason, turtles.
Gameplay Stuff

Oh yea I nicked the first half of the Being the Ratman description from a Middenmurk Dwarf description because of course I did.