Next up on the Santicore breakdown - Monsters!
HD supplied if applicable.

As before, all content will be collated into Adrian's spreadsheet. 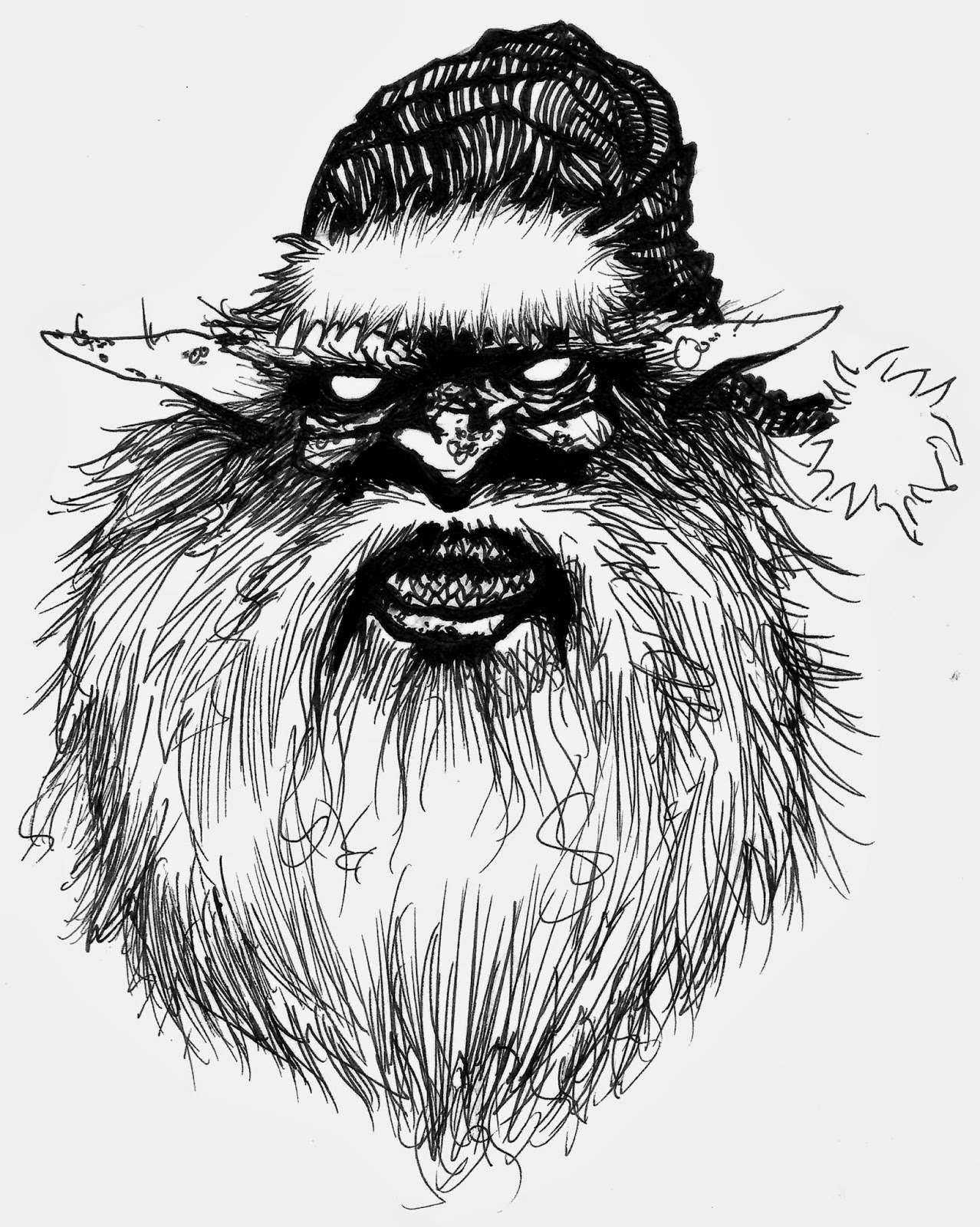 Extra Gribbly Arachnid Facemunchers for Old School D&D. Peitsa Veteli for J.
Spiders. Think Esoteric Creature Generator but JUST for spiders. Tables for No. Appearing, size, hunting method, poison, and 50 goddamn fantastic spider mutations. You should read the now-destroyed Monstrous Television's spider post on the Wayback Machine if you haven't yet commited it to memory.
If your players don't nope the fuck out when they see evidence of giant spiders already, this entry is here to help.

Hellacious Die Drop Tables. Kálmán Faragó for R.R.
Die drop hit location tables. It covers, get this, humanoid (+extra limbed), quadruped, and winged creatures with a variety of critical effects based on what you rolled. 5's have a variety of weird spiritual effects like smacking a dude in his Third Eye Chakra or inverting someone's sense of balance. Honestly you could make an entire Monk class with this baby, just have a Fighter who rolls on this when he fights bare handed.
You can hit people in the dick. I never knew this was something I needed until now. Quality.

Daughters of Terror. Erik Jensen for J. A.
Medusae. Tables for creating ladies who turn you to stuff. Tables for what she does, how she does it, what she looks like. Results such as (roll roll) a lady with a long, prehensile tongue who transforms you into a black cat when she speaks your name.
Excellent.

Fever Dream. James Aulds for T.S
Viral infection zombies who (1/6) turn into oozes after a while. Both vomit multicoloured pus-vomit to spread contagion. Patient zero can, under the right conditions, become an unstoppable rolling juggernaut of "colours and hate and teeth".
Intended for weird non-gonzo modern horror and thus easy to convert to any game.

How to Train Your Giant. Legion for J.T.
Giants. These seem to be "small" kind of giants that are 10' tall or so. Skyrim not the one at the end of Troll Hunter. A variety of means by which one might break a giant and rules for training your new giant in a variety of skills. Rules for multi-headed giants included.
You could use these rules for breaking and training human beings too for extra fucked uppiness.

Secret Glyphs of the Minotaurs. Arnold K for T.H.
Glyphs in the style of the Symbol spell that fuck you up if you see or walk on them. Ten different glyphs including Vanity (stay protecting the symbol),  Fire (detonates all flammable materials on your person) and Naming (steals your name).
Loosely tied to a minotaur theme which is why they're in this section I guess.

Temerity Creatures. Dan Shiovitz for M.C.
Alien monsters. Flora and fauna of a strange planet from which "the boiling hot tide rises from within the earth every 24 hours to drown all but the tips of several small but lush mesas". Said mesas could be turned into a strange island chain for standard fantasy.
Creatures are cool, strange, and alien. Each entry leads into the next which is real neat, contains Butcher Birds that create jaggedy metal sculptures in which to trap prey who wander into the spikes.

Boars, Bears and Tigers. C. Weeks for A.F.
Various overworld encounters in a weird and foreign section of the world. Table-heavy, heaps of content. Runs the gamut from animals to weird foreign animals to supernatural foes to botanical threats.
Wacky results rare but possible like a 0.0001% chance for any encountered animal to be a primordial Deity beast. Mooses (meese?), deadly tigers, crazy natives, environmental troubles, hyperlocal gods, and other stuff rare and wondrous.
Tables easily taken on their lonesome if you want to split them up. Real cool!

Monsters! Joey Lindsay for J.D.
Sci-fi serial killers. A variety of killers in the vein of Jason Voorhees and other movie baddies. One guy hunts you down to eat your ego, another eats your brain and crawls in there himself.
Pictures supplied for each baddie, and each would make a good monster for any game with the right fluff twist. My favourite is the guy who pretends to be a henchman while subtly leading you to your doom.

Evil Yeti Wizard. Lucien Reeve for H.S.
A wicked sweet drawing of an evil yeti wizard. This dude's like an orangutan with bell-draped horns and a skull stave and badass robes.
If I got killed by this guy I wouldn't even be mad.

Ophiotaurus. Peter Seckler for M.E.
Giant 8HD flying creature. Includes a picture of a Halfling being ambushed by said creature, although I almost prefer my initial impression of a giant horrible snake monster picking the dude's pocket. Main schtick - impales you with its stinger then flies off to eat you and drain your stamina.
Burning its entrails and breathing in the smoke gives you a boost.
Stats supplied for DCC and thus easily convertible to whatever system you're using.

Mamesk. Henry Stokes for J.B.
A new god, "He of Too Many Tusks". Images of Mamesk, the high priest of the Mameskites (or "Skites") that worship him, and Mamesk's holy symbol.
Mad cool. 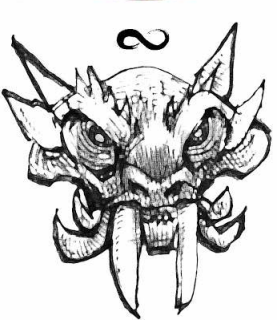 A variety of fiendish beasts with which to kill my players!

IF YOU ARE NOW FEELING INSPIRED:
- You've got a month or so until the deadline for the One Page Dungeon Contest.
- The Chaos Request Line is a sort of year-round Santicore and is running right now.

This summary/review/opinion piece/whatever is also available on this spreadsheet along with the other sections written by my collaborator Mr Ryan.
Posted by James Young at 14:30